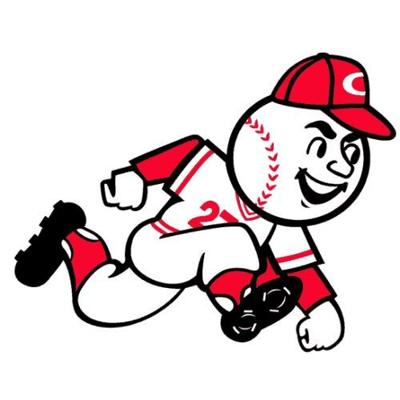 The Reds have underperformed amid high expectations and haven’t had consistent traction -- especially offensively -- with two-thirds of the shortened 2020 season now behind them. Yet, the club entered Tuesday still contending for a postseason berth and sees every remaining game and series as must-win.

“I’d like to see us start running the table,” Reds president of baseball operations Dick Williams said from Chicago ahead of the series opener vs. the Cubs. “We don’t have a ton of time. But it’s been a long time since we’ve been 2 1/2 games out of a playoff spot with 19 games to go. It’s a great opportunity to test ourselves.”

Because Cincinnati has been under .500 every day since being 5-5 on Aug. 3, the social media and talk radio drumbeat for Williams to replace manager David Bell has grown louder. Additionally, the team dropped five of its previous eight games and split last weekend’s four-game series with last-place Pittsburgh in which the Reds could have easily swept instead.

Bell, who is signed through 2021, did not appear to be on the hot seat.

“I’ve gotten better about recusing myself from social media and talk radio. The main reason that I’ve done that, with all due respect, is that most of the ideas that are shared on social media and talk radio are shared by people that don’t have access to the same information as I do or my staff does,” Williams said. “For example, things going on away from the field in players’ lives, injuries that they’re dealing with that aren’t disclosed.

“I don’t know of anyone outside of my inner circle that has seen a single pitch at [alternate training site] Prasco [Park] this year to know what we think and why we think it about the players that are there and what we think they can do when they come up. We may not be right. We may not be wrong, but we’re doing the best we can with the information, and we have a lot of information that the general public doesn’t have access to.

“We go back and review them and the decisions that were made. The decisions [of] this coaching staff have been made with great rationale. The main glaring statistic for us is the underperformance of the offense and the batting average on balls in play. We’re definitely focused on if there are things we can do differently to change the outcomes there in terms of players’ approach, but a lot of that is bad luck and I don’t want to blame that on the wrong person.”

The Reds have had six consecutive losing seasons since their last postseason appearance in 2013. Williams and general manager Nick Krall spent $166 million on free agents to help the team contend in 2020.

“I would be extremely disappointed if we don’t make the playoffs and I’m sure the players, staff, ownership, everybody had high expectations for this season,” Williams said. “There is a third of it left, just about, and it’s time to get out there and perform. I haven’t been any happier any of the years with the results that we’ve had, but this is the year with the highest expectations in recent memory, so the disappointment will be far greater.”