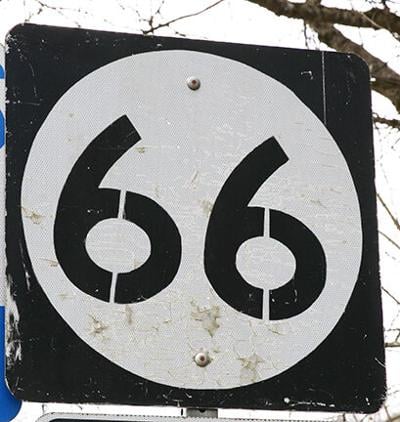 For the second time in a little over two weeks a human skull has been found in the Red Bird community along South Ky. 66.

Detectives with the Kentucky State Police were back at the scene Tuesday using cadaver dogs to help search a field at the junction of Gilbert’s Creek and Little Creek near Ky. 66.  Monday night at 7:51 p.m. law enforcement was called to the scene after a human skull was reportedly found in the field by children playing.

The identity of the individual is unknown, and the remains have been sent to the State Medical Examiner’s Office in Louisville for identification.

On March 6th, law enforcement was called to Ky. 66 as a human skull was found by a couple hunting mushrooms.  It was originally reported the skull was found on Little Creek, but it was actually found near the Clay/Leslie line just off Ky. 66 at a concrete bridge on U.S. Forest Service property.  The confusion was caused on the location because the couple that found the skull met with the officers at Little Creek and later escorted them to the scene.

The second skull was found approximately two miles downriver from the first one.  Sources at the scene say recent flooding may have brought both skulls to the surface which enabled them to be found.  Both were located near the Red Bird River and found after flooding in the area.

The first skull was sent to a forensic anthropologist in Knoxville, Tennessee for further identification, according to coroner Jarrod Becknell.

On March 27, 2016, Angela Smith, 30, a resident of Little Creek, was reported missing and last seen on Easter at her home.

A few months later Cecil Burkhart, 30, was reported missing from the Teges Creek area at Oneida.  Like Smith, he too was never heard from again.

The Enterprise has also just learned on February 3, 2018, Steven Best, 38, of Beattyville, was reported missing and was last seen in the Red Bird community of Clay County.  He too has never been found.

Two years later on October 22, 2020, David Campbell, 49, of Big Creek, was last seen walking on the roadway near his home.  Two days later, 21-year-old Makayla Collett, was reported missing from the Middle Fork area of Leslie County on Ky. 66 at Red Bird.

Silver Creek Bike Park off to a rolling start