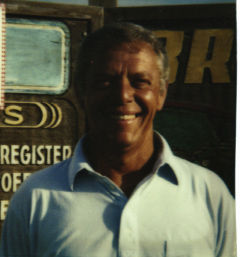 Born May 7, 1945, in Manchester, Kentucky he was one of three children born to the late Steve Sr. & Tracy (Jones) Hounchell.

Smokey owned & operated Nixie’s Billiards & Burgers in Brookville for many years.  In his leisure time he enjoyed golfing and fishing.

Services will be private with burial Maple Grove Cemetery in Brookville, Indiana.

Memorial contributions may be directed to the American Cancer Society.  The staff of Phillips & Meyers Funeral Home are honored to serve the Hounchell family, everyone is encouraged to sign the online guest book or send personal condolences to the family via www.phillipsandmeyers.com .

To plant a tree in memory of Steve Hounchell, Jr. as a living tribute, please visit Tribute Store.