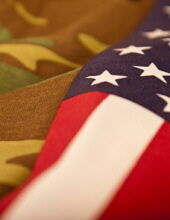 Vince was born in Clay County, KY on June 4, 1943, a son of the late Florida Mae and Raymond Collins. He was a veteran of the US Army.

He is preceded in death by his wife, Delores Pennington.

Vince is survived by his children: Cassius Clay Pennington, Steven Pennington and wife Sandra, and Damiana V. Dmia and husband Ralf VoBeberg; his fiancée, Beverly Steele; and by 3 grandchildren and 5 great-grandchildren.

In addition to his wife and parents, Vince was preceded in death by his daughter, Natasha Pennington.

Services were held on Friday, July 31st at Britton Funeral Home in Manchester, KY. Burial followed in the Potter Cemetery on Pennington Hill.

To plant a tree in memory of Teddy Pennington as a living tribute, please visit Tribute Store.
We need your support