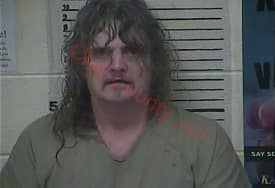 A Buzzard man has been arrested three times in less than week.Clay County Sheriff Patrick Robinson is reporting that on November 30, 2019 at approximately 11:00 PM Clay County Sheriff Deputy Wes Brumley along with CSO Derick Carr arrested John Wayne Smith, 52 of Saplin Fork Road. The arrest occurred when Deputy Brumley received a complaint of a male subject passed out inside a vehicle on Saplin Fork Road. Upon making contact with the subject, the above began to refuse verbal commands. The subject became combative towards deputies on scene, after a brief struggle the subject was placed under arrest without further incident. Upon search Deputies located a baggie of assorted narcotics, counterfeit U.S. Currency and stolen watches.

John Wayne Smith, 52 was charged with:

• Possession of a Controlled Substance

• Possession of a Forged Instrument

Letter To The Editor: Students of the Month Going the Extra Mile by Trenton Seale