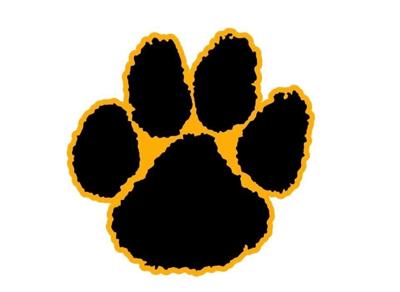 (MANCHESTER, Ky.) – The Tiger football team will now have a new district to compete in starting next season.

Clay is now in 3A consisting of Knox Central, Bell County, McCreary Central, Rockcastle County and of course Clay County. I sat down with Tiger head coach Mike Sizemore to hear what he thought of the move, and he is ready/prepared.

“We are already working for the 2023 football season and we are excited at the prospect of moving down to 3A and being able to compete against other schools our size within district play in the coming years,” said Sizemore, when asked about the move to 3A. “Our kids have done an excellent job over the past several years in working to compete in a district in which we knew our opponents in some cases were going to have a student body with a couple hundred more kids than ours.”

This has been a move that’s been discussed for years, due to decline in population in Manchester. “Despite being undersized in terms of enrollment, our guys have competed well the past several years with the hand that we were dealt,” said Sizemore. “When looking at the hypothetical draft enrollment for next season, we see some very familiar opponents in there that we will be facing off against. Bell County, Knox Central, and McCreary Central have all been opponents in the past and we look forward to renewing some old rivalries while continuing the series with Knox Central that we have recently started back.”

As stated above also, nothing is fully set-in stone. It will be official by the end of February, what changes will have taken place. “While the draft isn’t 100% official yet, this seems to be a very likely district for us to compete in and where we hypothesized that we would probably end up when we were projecting the possible new alignment,” said Sizemore. “This possible district provides some stiff competition for our guys and gives us a little relief in the travel for some district games that we have been making the past couple years. This proposed 3A alignment gives us a great opportunity to compete against some very good teams that are local which will provide a great atmosphere for these games.”

Coach Sizemore knows his program is on the uptick, and this move could potentially keep the Tigers momentum going in the right direction. “I feel safe in saying that our football program at CCHS has been on the rise the past several years and we are at a point where we believe we can continue to grow and make our community proud as we continue to work and push to be on the of the top programs around,” said Sizemore. “We have been building the past several years and have some talent in our program that we think will come into their own in this next cycle. It is an exciting time for Tiger Football and we are ready to put the work in to keep our program improving and spotlighting our kids that are excelling on the field.”

Marriages, Deed Transfers and Civil Lawsuits for week of January 26, 2023