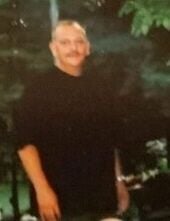 Timothy was born in Columbus, OH on October 11, 1957, a son of the late Harold and Ruth Leffler Lowe. He was a Veteran of the U.S. Marines.

Timothy is survived by his wife, Ella Lowe of Columbus, OH; his daughter, Ashley Nicole Glenn of Bremen, OH; and his grandson, Hunter William Hopkins.

In addition to his parents, Timothy was preceded in death by his mother-in-law and father-in-law, Ella and Estill Sams.

Services will be held at 2:00 PM on Friday, July 23rd at Britton Funeral Home, with Steve Young officiating. Burial will follow at the Sams Cemetery on Hector.

To send flowers to the family of Timothy Lowe, please visit Tribute Store.
Help us serve you better!

From Our Archives: The Beattyville Enterprise Dec. 3rd 1970

One-third of Kentucky counties in red zone for COVID