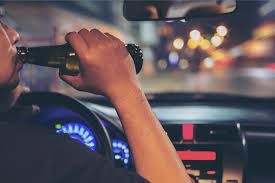 Laurel County Sheriff John Root is reporting that: Laurel Sheriff's Detective Kevin Berry along with K-9 Deputy Jake Miller arrested two individuals on I–75 approximately 5 miles South of London after deputies were dispatched to a complaint of a vehicle broke down blocking one lane of southbound traffic there. Upon arrival at the scene deputies located a white Volvo there causing a traffic hazard that had apparently ran out of fuel. While attempting to assist the occupants at the scene deputies detected a strong odor of marijuana emitting from the vehicle and conducted an investigation on the occupants determining that the driver was under the influence and both occupants were found in possession of pipes, marijuana, and a large amount of cash. In addition, the driver had no driver’s license and the vehicle had an expired temporary tag. The two arrested individuals were identified as:

These two individuals were lodged in the Laurel County correctional center.

More than 1,000 supporters march to Back the Blue

Attorney fights back against lawsuit