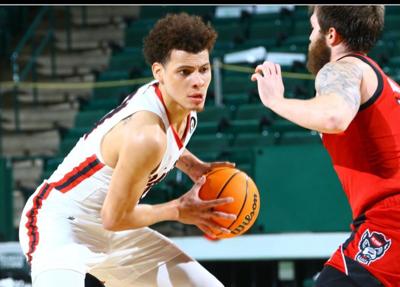 LEXINGTON, Ky. (KT) — For the fourth straight season, Kentucky will be adding a graduate transfer to the roster.

The Wildcats announced the addition of Davidson guard Kellan Grady to the roster on Monday. Grady scored 2,002 points in his four seasons with the Wildcats and averaged 17.1 points per game each year. Grady will graduate from Davidson with a degree in sociology next month.

"I’m very excited to be a Wildcat again and play for coach (John) Calipari at the University of Kentucky,” Grady said. “It is a tremendous opportunity to compete at the highest level and pursue my dreams. I’m grateful for the opportunity and eager to get to work.”

Calipari said Grady has “established himself as one of the best players in the country” after connecting on 240 3-pointers while at Davidson and became just the sixth player in school history to eclipse the 2,000-point mark.

““His size, his skills, his scoring ability and his playmaking ability speak volumes to the player that he is,” Calipari said. “ Kellan played in a great program under a terrific coach, Bob McKillop. He is a four-year starter whose toughness and fight will add to our team. His game-to-game consistency – his scoring, his ability to share the ball and his defense – is part of what makes him special, and we are ecstatic to have him join a team that was close last season but needed what he gives us to get over to the top.”

While at Davidson, Grady scored 16 points in a 78-73 loss to Kentucky in the NCAA Tournament three years ago.

Keith Taylor is sports editor for Kentucky Today. Reach him at keith.taylor@kentuckytoday.com or twitter @keithtaylor21.