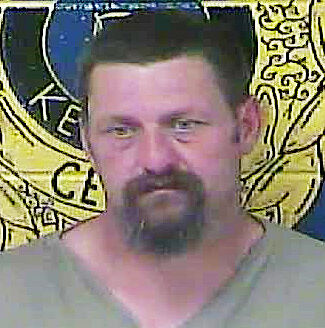 The arrest occurred in the Wal-Mart parking lot when Deputy Smith came into contact with the above-mentioned subject and through acknowledgment of the Kentucky Warrant System knew the subject was being sought after for a Jackson County Indictment Warrant.

Once contact was made with the subject it was confirmed that the subject had an active warrant for his arrest. During the search of the subject Deputy Smith located suspected methamphetamine and drug paraphernalia on the subject’s person. Assisting at the scene was Manchester City Police K9 Officer Ryan Jackson.

Tommy Vaughn, 42 was charged with:

• Theft by Unlawful Taking Over (Warrant of Indictment)