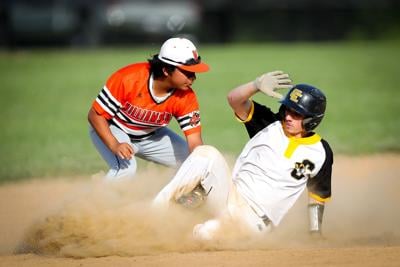 (MANCHESTER, Ky.) – Honoring those that came before them, the Tigers laid waste to Williamsburg, defeating the Yellow Jackets 12-0 in front of the returning 2010-2011 13th Region champion Clay County Tiger teams. Ben Buttery was brilliant on the mound, tossing a complete game no-hit shutout, striking out nine batters on the way to victory.

Tiger coach Jason Smith was excited to see his former team, while his current is having great success of their own. “I still use those 2010/2011 teams as an example to my prior teams, and this current group,” said Smith. “They laid the groundwork for this program, and hopefully this group can bring back the 13th region title home.”

It was a big day at the plate for Clay County, as the Tigers smacked 12 hits with 11 RBI’s. Senior Tate Farmer had a monster day at the plate, going 3-3 while crushing a mammoth home run over the right field wall. Farmer was also one of four Tigers to bring home at least two RBI.