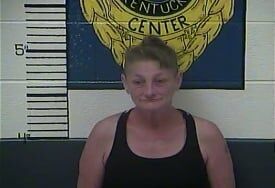 Clay County Sheriff Patrick Robinson is reporting that on April 4, 2021 at approximately 8:50 PM Clay County Sheriff Deputy Jared Smith along with Deputy Kendric Smith arrested Tina Younts, 52 of Manchester. The arrest occurred on South Highway 11 when deputies were dispatched to a complaint of a suspicious female looking into vehicles. Upon arrival, Deputies conducted an investigation at which time determined the subject was under the influence of intoxicants.
Tina Younts, 52 was charged with:
• Public Intoxication of a Controlled Substance (Excludes Alcohol)
Help us serve you better!