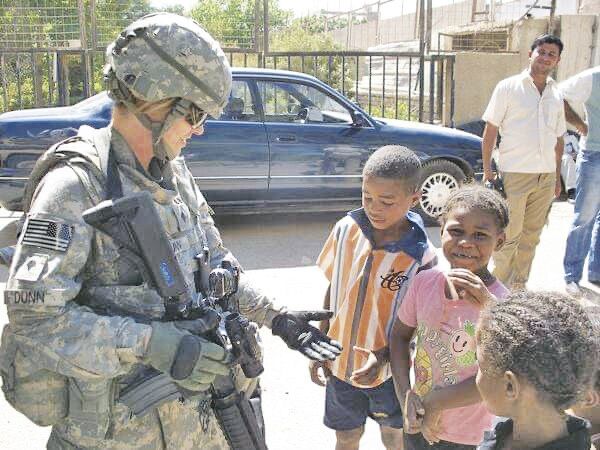 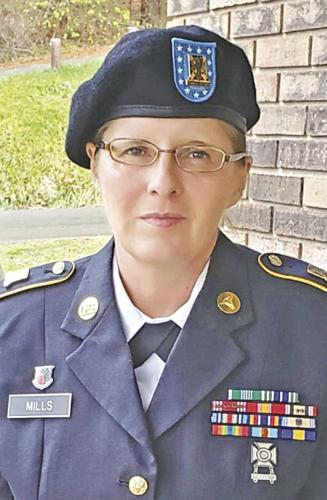 “I joined the military for a lot of reasons.  9/11 was one reason, but also because I worked in counseling and then in the court system.  I saw more and more clients who were veterans and they would tell me sometimes, ‘you haven’t been in the military’ or ‘you’ve never been deployed… you wouldn’t understand.’” Mills admitted, “I also joined because my dad, my papaw, and other family members served in the military.”

Mills served as an active duty medic with the Army and The National Guard for a combined total of 13 years.  On her first deployment, she provided personal security detail for the State Department, mostly US Ambassadors.

Mills admitted, “I missed my family tremendously while I was gone, but I did enjoy taking care of soldiers and meeting people.  Plus, there were always children around.  I loved playing with them.”  She added, “American Soldiers have always given candy or gatorade to the kids there.  It became a tradition way before I got there.”

During her second deployment, Mills worked as a medic in the Troop Medical Center (TMC) in Iraq and Kuwait.

For her remaining service, where she spent most of her time, Mills was a medic in the National Guard, in 103rd Chemical Company.  Originally, she was in Richmond, but later 103rd moved to Burlington, Kentucky.  Mills stated, “We spent a lot of time in chemical suits and many summers training in the gas chamber.”

“I served with a lot of wonderful men and women.  I consider them family,” Mills reflected.