You are the owner of this article.
Edit Article Add New Article
You have permission to edit this article.
Edit
Subscribe
Our Publications
Home
News
Sports
Opinion
Digital
Calendar
Classifieds
Advertise with Us
e-Edition 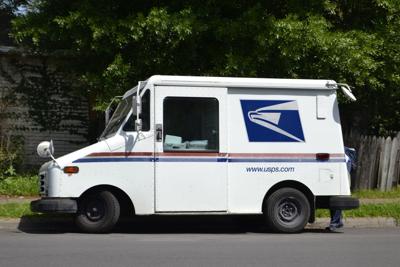 When customers of a local utility company didn't receive their September bills in the mail, eyebrows started to raise in light of an upcoming election that will see a heavier presence of mailed ballots than in previous years.

Several Knox Countians have taken to social media to vent their frustration after they didn't receive their water bill from Knox County Utility Commission. Typically, the bills arrive in residential and post office boxes just before or on the first of the month, with a due date of the 10th.

After receiving calls about the situation, The Mountain Advocate reached out to Knox County Utility Commission's Office Manager Michelle Stewart, who provided a statement concerning the issue: "Knox County Utility Commission mailed the bill cards on August 25th. Superintendent Marshall Ramey phoned the post office after we received several calls from customers stating they hadn't received the bill. The postal employee said the bills were sent to Knoxville the same day we mailed them, but they didn't come back. They do not know where they are."

In recent weeks, regular subscribers of The Mountain Advocate's printed newspaper have reported they didn't receive their copies of the newspaper as well. Depending on where a subscriber lives, newspapers are mailed from either the Barbourville or London post office to ensure a more timely delivery.

Reporting on mail delivery issues is nothing new to the staff of The Mountain Advocate. In 2018, it was reported that residents along carrier route H083 were sporadically missing mail, sometimes important checks, utility bills and even medication. As a result of the investigative reporting on that story, a subcontracted carrier plead guilty to destroying and discarding mail following complaints from residents on mail route H083 in Cannon, and was sentenced to three years’ probation, as well as a fine of $1,440 and a $100 assessment fee.

If you are experiencing issues receiving mail, send an email to editor@mountainadvocate.com, call at 606-546-9225 ext. 103 or send a message to The Mountain Advocate Newspaper on Facebook.