You are the owner of this article.
Edit Article Add New Article
Subscribe
Our Publications
Home
News
Sports
Opinion
Digital
Calendar
Classifieds
Advertise with Us
e-Edition
1 of 2 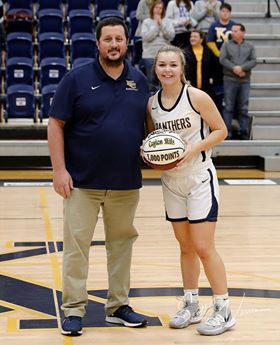 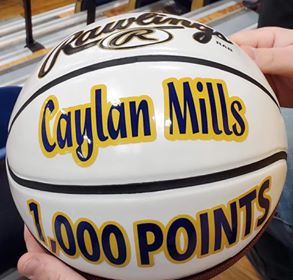 “I’m extremely proud of Caylan for reaching this achievement,” said Mills’ mother Crystal Jackson-Mills. “She works hard year round. She’s at the gym more than she’s home and that’s a testament to her love for the game. She’s played games sick, because she didn’t want to let her team down.”

“She has heart, determination, and passion — and that’s what it takes to be the best you can.”

Mills plays travel ball year round, traveling throughout various states. She plays for “Kentucky Premier”, one of the best teams in their respective division.

She is coached by Kyvin Goodin-Rogers, who played at UK. Mills aspires to play at the next level as well.

She is actively being recruited by Union College in Barbourville.

“She is a very hard worker,” said Union College coach Dean Walsh. “For her to reach this milestone so early-on in her career speaks volumes to how hard she works. She is the type of player that will do whatever it takes to win, no matter what that means. If you need her to rebound, she will rebound. If you need her to attack the rim, she will attack the rim. Whatever it takes, she will do it.”

“We’ve been watching Caylan for a while now and we think she will have the ability to come in and help us right away. She’s at a lot of our games and stuff and seems to love Union.”

She is currently the second leading scorer for the Lady Panthers this season, averaging 12.8 points-per-game. She is also second in rebounding, hauling in 5.9 boards a contest.

John is a native of Washburn, Tennessee, and the founder and host of the All Vol Call In Show.