Purchase a Subscription
You are the owner of this article.
Edit Article Add New Article
Subscribe
Our Publications
Home
News
Sports
Opinion
Digital
Calendar
Classifieds
Advertise with Us
e-Edition 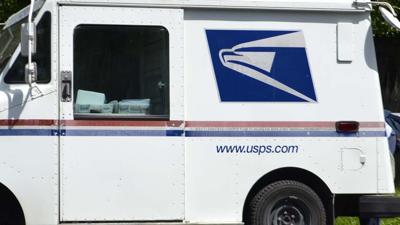 The fate of a former Knox County mail carrier who pleaded guilty to federal charges in October 2019 that he destroyed mail matter has been settled.

Justin Michael Vaughn, who pleaded guilty to destroying and discarding mail following complaints from residents on mail route H083 in Cannon, has been sentenced to three years probation, as well as a fine of $1,440 and a $100 assessment fee.

The charges Vaughn pleaded guilty to say that between May 2018 and September 2018, he “did willfully and maliciously injure, deface, and destroy mail matter which had been deposited in a letter box or other authorized receptacle, which was intended and used for the receipt and delivery of mail matter on a mail route of the United States Postal Service.”

Allegations into mishandling of the mail along route H083 began in May 2018. According to Mountain Advocate Subscription Manager Mollie Hale, eight to 10 people a week reported they hadn’t received their newspaper in the mail. They’ve been calling “Since the first week of May,” she said, referencing 2018. “I always tell them to call the post office when they call me,” Hale added.

Several residents spoke to The Mountain Advocate about their mail delivery woes last year. Cannon resident Chuck Stovall said, “As long as I’ve lived there, for 42 years or close to it, I’ve never not gotten mail.” Stovall claimed that about $2,700 in checks had been lost in the mail, in addition to utility bills for his rental businesses.

After learning of the issues plaguing the mail route, The Mountain Advocate served the Barbourville postmaster with a Freedom Of Information Act request for more information about route H083 and any investigations that might be ongoing. While a response from the U.S.P.S. Office of the Inspector General denied the FOIA request, it did acknowledge an investigation was ongoing in the matter.

The contract for route H083 was awarded to Whitney Nicole Smith from April 1, 2017 through March 31, 2019. However, residents along the mail route say a man delivered their mail.

After learning of Vaughn’s indictment, Cannon resident Chuck Stovall released the following statement to The Mountain Advocate: “I’m surprised that the U.S. mail did not try to make it right with the people in the community, like the ones that lost their food stamps that’s raising kids from another family or the cancer patient that didn’t get their medicine, or how lax the U.S. mail services is on oversite of their employees. I’m starting to see a trend with our federal government. Mail service, Congress, and the federal prison in Manhattan. If that was a public job you could bet heads would roll from the top down.”

Vaughn was scheduled for a jury trial on October 8. Along with his attorney, Travis Rossman, Vaughn entered into a plea agreement with prosecutors.

Vaughn faced a possible sentence up to three years imprisonment and no more than a $250,000 fine. However, U.S. District Judge Robert E. Weir imposed the judgment of three years’ probation and a $1,440 fine and $100 assessment fee against Vaughn on Monday, February 10, 2020.

Vaughn has three years to pay the fine in monthly installments.