You are the owner of this article.
Edit Article Add New Article
You have permission to edit this article.
Edit
Subscribe
Our Publications
Home
News
e-Edition
Sports
Classifieds
Advertise with Us
Calendar
1 of 2 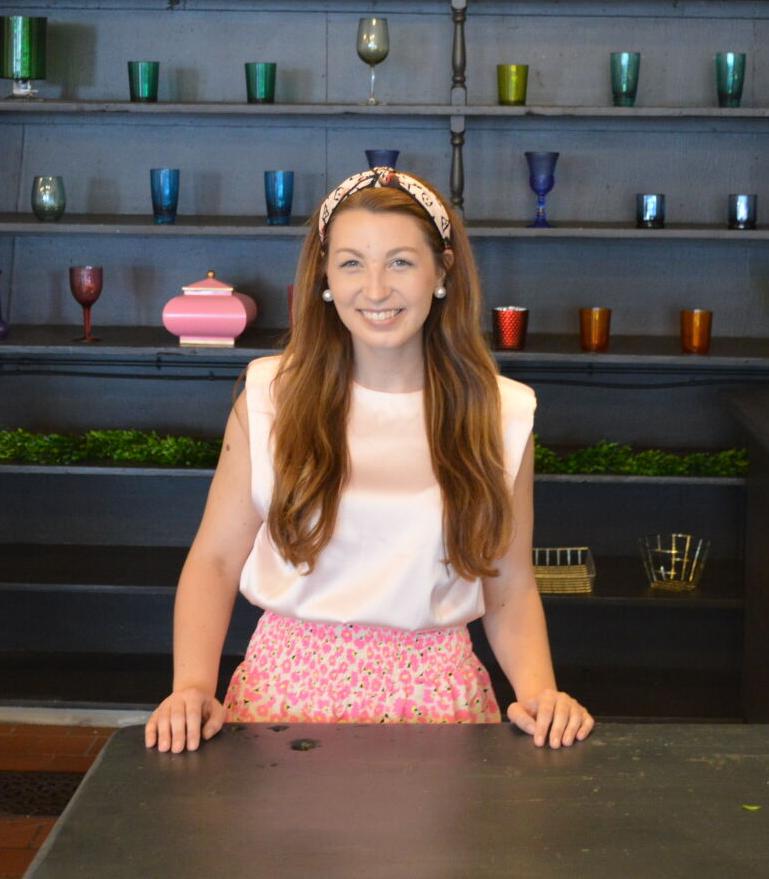 The building that sits at 101 North Main Street has been many things over the years. Now the structure built in 1890, and since added onto, is home to a new multi-part venture.

As a little girl, Paige Cobb took cake decorating classes and was often designing the dessert table at family functions. With a passion for design and making memories, she developed a dream of one day operating her own event space.

A 2013 graduate of Knox Central, Cobb went on to major in Public Relations and Tourism at Eastern Kentucky University.

“There’s a lot of event planning that goes with it,” Cobb said of her major. She continued to learn more about putting events together at the happiest place on Earth as part of a one year Disney college program. While working at places like Space Mountain and Animal Kingdom, she took courses in communications, human resources, and event planning.

After a year in Florida, Cobb returned home having grown to miss the down-home hospitality of Barbourville. She began working in admissions at Union College, doing recruiting in every territory in Kentucky. Most recently, she recruited close to home at Knox Central and other local schools. “I liked helping kids do something they didn’t think they could do,” she said of working with students who didn’t think they could afford college. She recalled taking calls late into the night to work with people.

While Cobb enjoyed her work at Union, she never forgot her entrepreneurial dream. When the 101 North Main building became available, it caught her eye. “I had my eye on it since October. But with Covid, you really didn’t know when things could start back.” She decided to hold off, but when the building was still up for sale in April she pulled the trigger.

Appropriately dubbed ‘The 101 on North Main’, Cobb’s new spot is set to open officially on June 26 although some have already held events in the space.

The location will offer a little something for everyone: lunch and Saturday brunch, two event rooms, a boutique, and much more. “We’ll be doing yoga, barre classes, and hip hop HIIT,” Cobb said. For clothing sales, she plans to donate a portion of sales to various local youth organizations.

Besides serving Nutella waffle sandwiches and strawberry fields salads, Cobb is planning a number of special events and workshops. She aims to hold a Christmas in July wreath making workshop, turn the space into impromptu escape rooms, and to feature a “wrecking room” this November.

The 101 on North Main is set to open Saturday, June 26. In the meantime you can get an early peek by visiting 101onnm.com and on social media @the101onnorthmain.