You are the owner of this article.
Edit Article Add New Article
You have permission to edit this article.
Edit
Subscribe
Our Publications
Home
News
Sports
Opinion
Digital
Calendar
Classifieds
Advertise with Us!

After both chambers of Kentucky’s legislature passed Senate Bill 48, which would’ve hindered the public’s access to information about public officers (including some elected officials, police officers, judges and more), newspapers across the Commonwealth took to their websites and printed pages to urge the Governor to knock down the bill. When dealing with a similar bill earlier in the session, Beshear called House Bill 312 a “recipe for secrecy.”

As for SB 48, Beshear called the legislation “overly broad” and “unworkable.” An amendment for the bill with significant changes was made near midnight on the day before the final day of the legislative session, before the bill was sent to the Governor for his approval.

Kentucky Press Association and its Executive Director, David Thompson, led the charge in fighting back against SB 48. 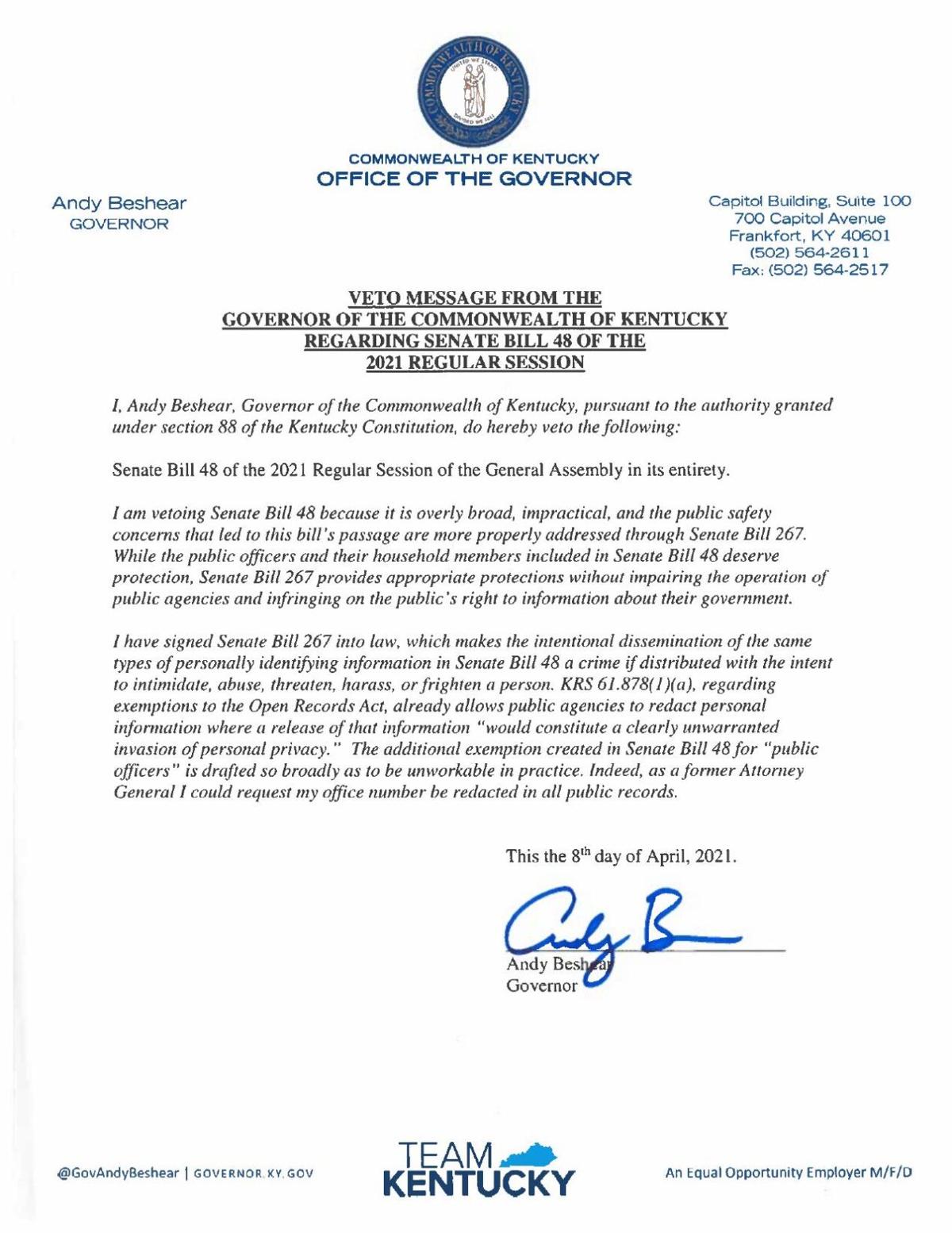