Skip to main content
You have permission to edit this article.
Edit
Subscribe
Our Publications
Home
News
Sports
Opinion
Digital
Local Events
Classifieds
Advertise with Us! 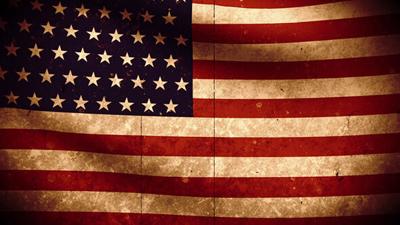 Putin sure is making a fool out of Biden. They said on the news that Putin is old and doesn’t know whats going on anymore or what he’s doing but look at Biden who has NEVER known what he was doing or what was going on. Putin is in total control of the plan he created and the world doesn’t know how to act. We are going to war with a man who is our supply of oil, after Biden shut down the pipeline. So tell me who’s the fool? We all must admire the people of Ukraine though, for standing up to the face of danger against their country. Lord knows if the US was ever invaded, the dwellers of safe spaces and parent’s basements everywhere would run for the hills. Were going green and the rest of the world is going nuke.

I’m not supporting the actions of Putin and would love to see us destroy him but it’s time to get real. He does not care about sanctions and he knows he can starve us out by shutting down our supply to oil. So who’s the smart one in control here? Clearly not us anymore. Putin claims he doesn’t want to “destroy” Ukraine to rebuild it, but to only control it under his power. Meanwhile China and Korea has their eyes on the self humiliating Biden, waiting to make their move on the world. Putin is a patient person and has proven that by waiting for us to have the most incompetent leader in history to take action. This would have (and never did) happen under the Trump admin.

Trump would have destroyed Putin and we would of been independent from Russia. Only time will tell what happens next. I’m sure nothing good. We can only hope for peace at this point but the reality is, is that the world has gone mad. Everyone wants to be in control and they’re all acting out of control. The good ole days are behind us and only the worst is yet to come. The world is taking advantage of Biden. If he was near the end of his term, we could make stand a chance but unfortunately he is only getting started. But hey, Nancy thinks he’s doing a great job.. maybe a great job of destroying us. It isn’t like she was ever on America’s side anyway.

We need to fear our government before we do the rest of the world. We clearly have no support or defense from them. Reagan and Trump were great leaders and we were proud to support them. Now we can’t even defend our own borders and were falling apart from within and its all thanks to our so called leaders…..the ones who don’t see or feel the affects of what they have done. We used to be #1, now we switched fingers since were being screwed over by the swamp daily. I hope the citizens of Ukraine win their fight. At least they have one left in them.