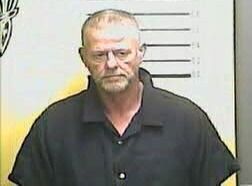 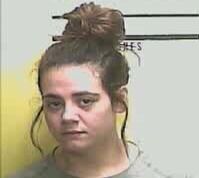 Kentucky State Police arrested have arrested a second person involved in the death investigation of Brad McNally, who was killed while riding a bicycle on the Beltline in Middlesboro early Monday morning.

McNally died after being struck by a 2004 Ford pick-up truck driven by 64-year-old David Ramsey of Middlesboro.

After the collision occurred, Ramsey allowed his vehicle to be driven off by a woman now identified as 20-year-old Bethany Acelinger of Baxter, Ky., while he walked from the scene on foot. A short time later, the 2004 Ford pick-up was located at a residence in Middlesboro with damage consistent to the scene and seized by KSP.

Ramsey was interviewed by KSP and confessed to his involvement in the collision.  He also admitted to using marijuana and methamphetamine while operating the vehicle.

David Ramsey was arrested and lodged in the Bell County Detention Center charged with Manslaughter 2nd degree, Leaving the scene of an accident – Failure to render aid or assistance, DUI 1st offense, and No or expired operator’s license.

Bethany Acelinger was also lodged in the Bell County Detention Center charged with tampering with physical evidence and leaving the scene of the accident.

The case is still under investigation by Det. Jake Middleton. Also assisting at the scene were Middlesboro Police Department, Middlesboro EMS, and Bell County Coroner’s Office.

Detectives from Kentucky State Police Post 10 in Harlan will be closing Ky Hwy 441 in Middlesboro on Friday, March 5 to reconstruct the collision as part of their investigation.

KSP is asking motorists to avoid the area or use detour routes during these times.