You are the owner of this article.
Edit Article Add New Article
Subscribe
Our Publications
Home
News
Sports
Opinion
Digital
Classifieds
Advertise with Us!
e-Edition
1 of 2 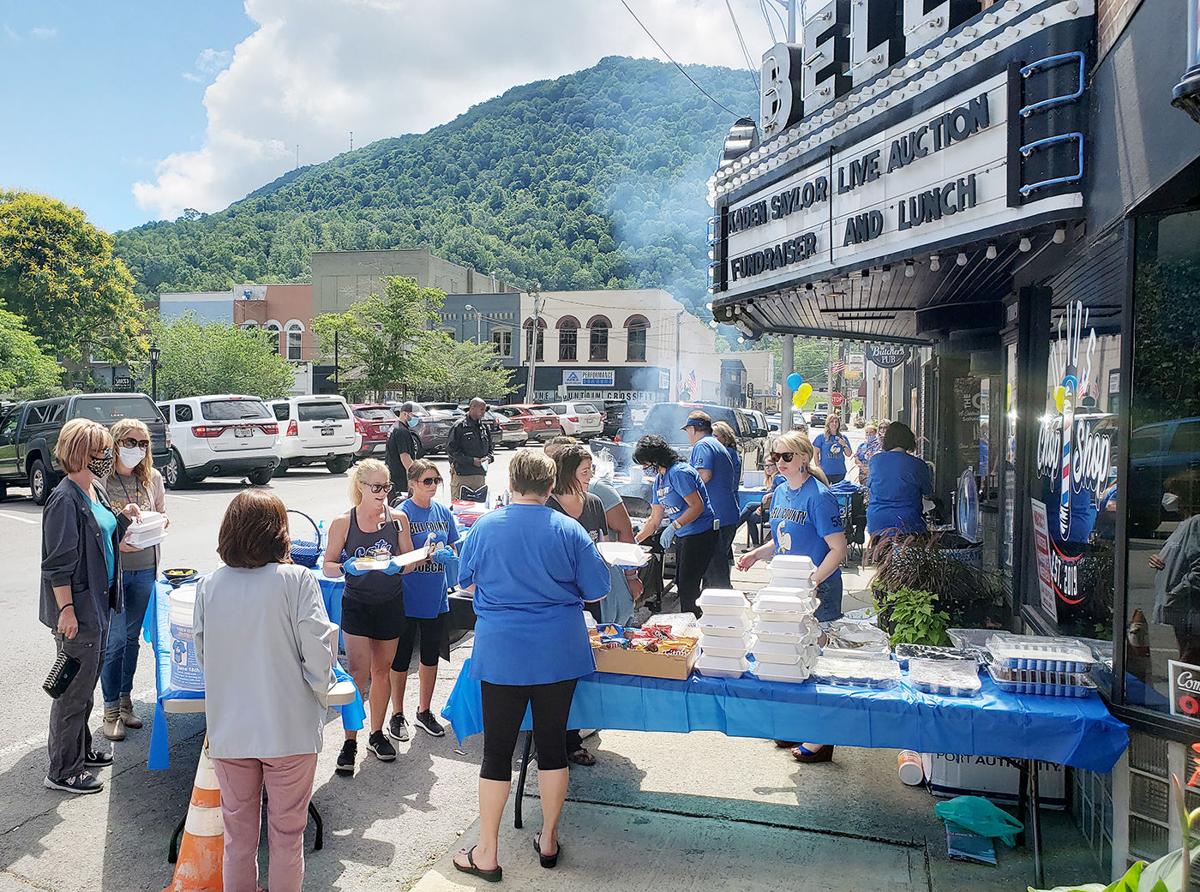 The Bell County High School Youth Sercice Center and Football Boosters came together on Thursday to prepare lunches and auction off donated items to raise money for Kaden Saylor, a 15-year-old BCHS student who is battling bone cancer. 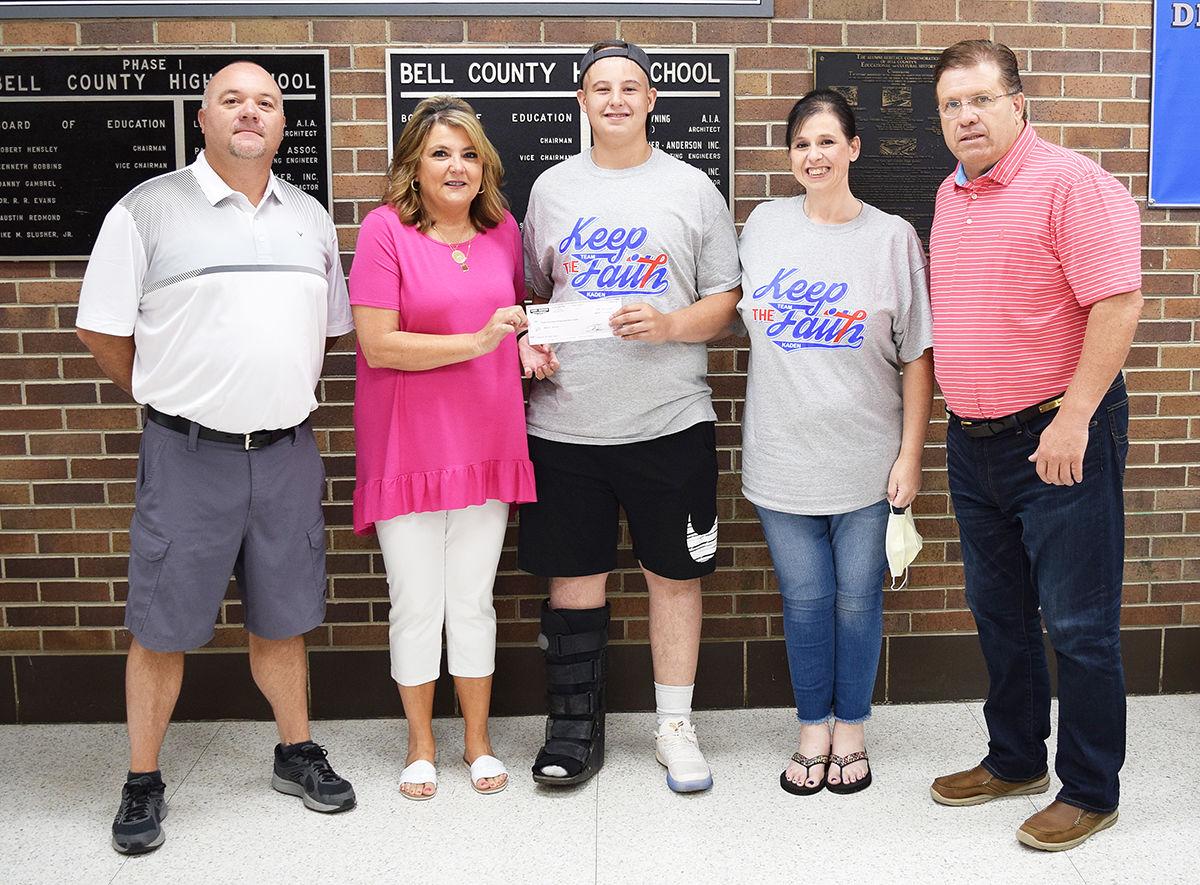 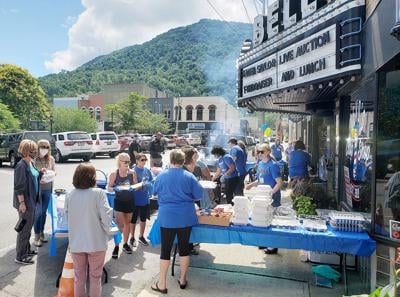 The Bell County High School Youth Sercice Center and Football Boosters came together on Thursday to prepare lunches and auction off donated items to raise money for Kaden Saylor, a 15-year-old BCHS student who is battling bone cancer.

Kaden is the son of Angela and Lonnie Saylor. He was diagnosed with osteosarcoma on May 20 after going to the doctor when his ankle swelled up for no reason.

“They first thought it was an old football injury, maybe a fracture in the little bon in his ankle,” Angela Saylor said. But the doctors discovered it was bone lesions on his ankle. An examination in Lexington confirmed it was osteosarcoma.”

Further testing showed the cancer had spread to Kaden’s lungs but was found no where else in his body.

“He’s got two spots that are on each lobe that are about the size of the quarter. Then all together he’s got 18 smaller spots in his lungs.  They said it’s curable and treatable, but it’s going to be a lot harder and there’s a lot more they have to do because it is in his lungs,” Angela said. “He’s got a long road ahead.”

Kaden has already gone through one cycle of chemotherapy in Lexington and went on Tuesday to start a second round of treatments.

Samantha Wilson with the BCHS Youth Service Center started organizing fundraisers for Kaden when she found out about his diagnosis. Thursday the BCHS family set up at the Bell Theater in Pineville where they prepared lunches to sell and auctioned off donated items.

An undisclosed amount of money was raised to help the Saylors cover travel and related expenses to get Kaden to his doctor’s appointments for treatments.

“I’ve done a lot of fundraisers, but this was the fastest I’ve ever had one come together,” Wilson said.

Wilson was joined by BCHS principal Brian Crawford and Pineville Mayor Scott Madon on Tuesday morning to present the money raised to Angela and Kaden before they left for Lexington to start a three-week cycle of chemo.

Angela said doctors are planning to do surgery to remove the cancerous bone from Kaden’s ankle in August.

“He’ll have to have more chemo and there’s the possibility he’ll have to have more surgery on his lungs. We’re praying it responds to the chemo,” she said. “I believe the Lord will heal him. He’s got a lot of love and support from everybody and it’s just amazing that everyone has come together for Kaden. He’s loved and that’s God’s work for sure.”

Kaden is wearing a walking boot to protect his ankle because if the small bone in his ankle were to break the cancer would spread.

“He loves being outside and riding his four-wheeler and it’s really upset him that he couldn’t start football practice,” Angela said. “I’ve told Kaden to stay positive and stay strong no matter what the doctor says because the Lord has got you. The Lord will get us through and the Lord will get you through.”