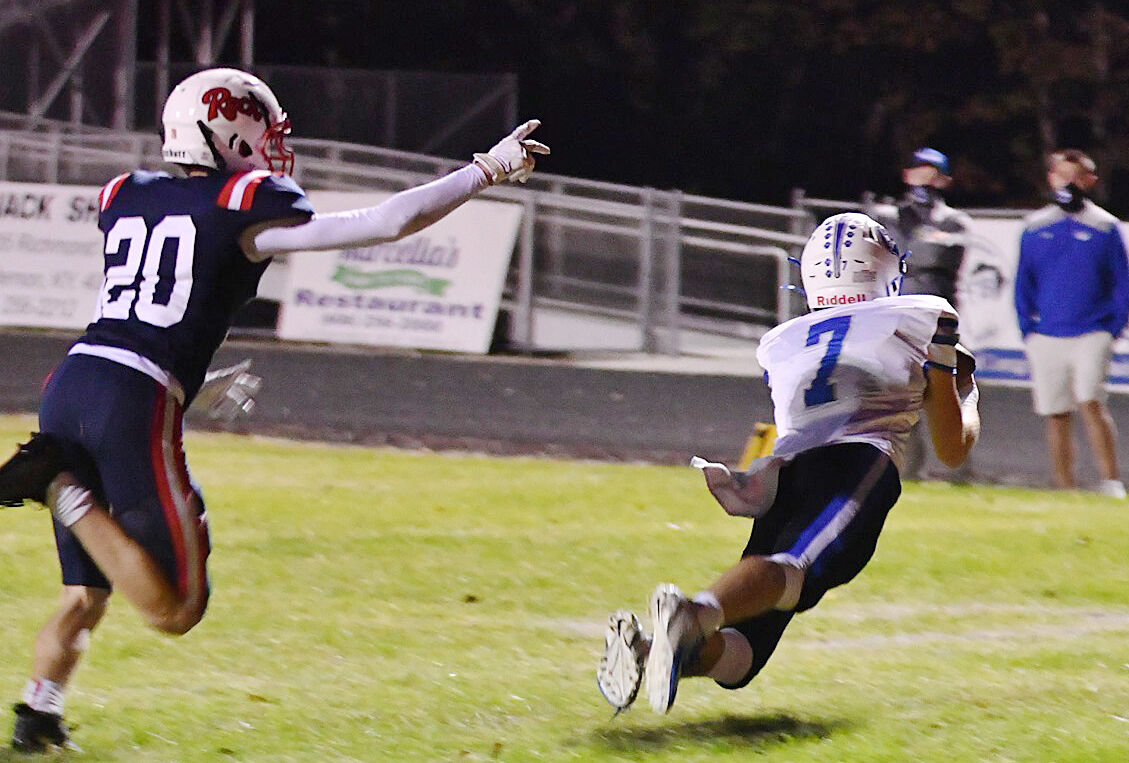 Senior Bobcat Jonathan Langford lays out to haul in a 5-yard touchdown pass from Cameron Burnett during Friday’s game at Rockcastle County. 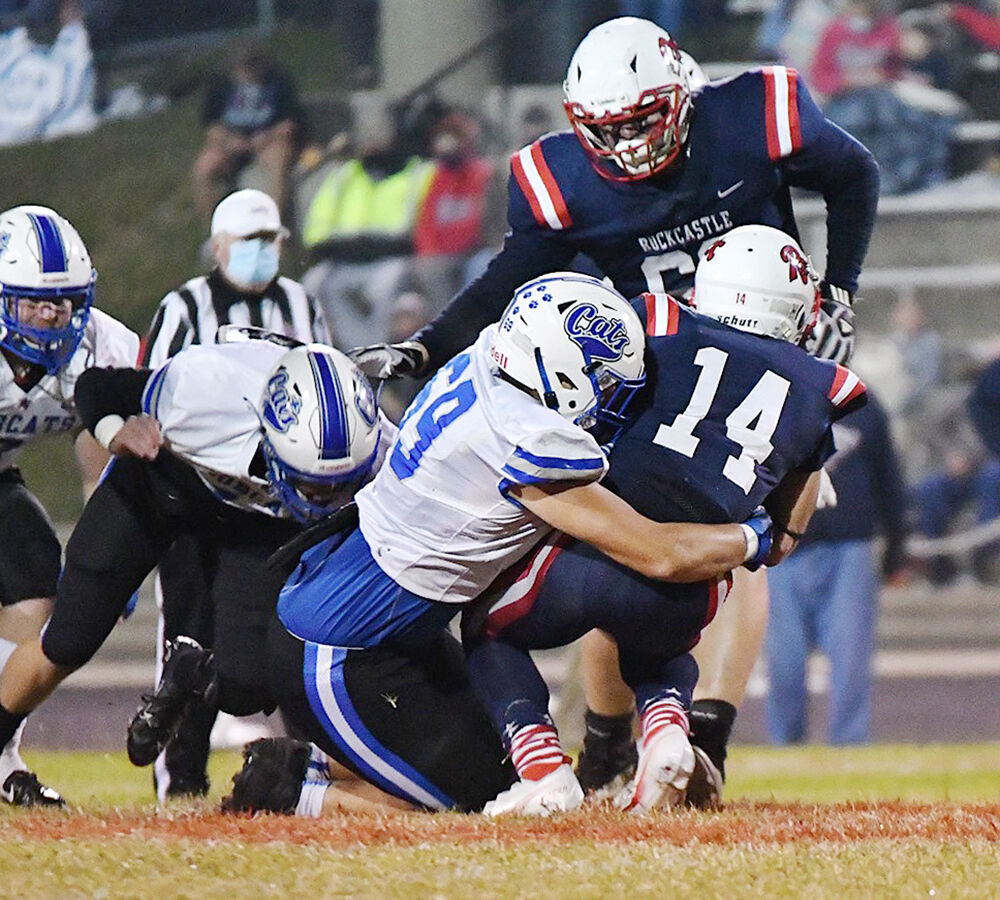 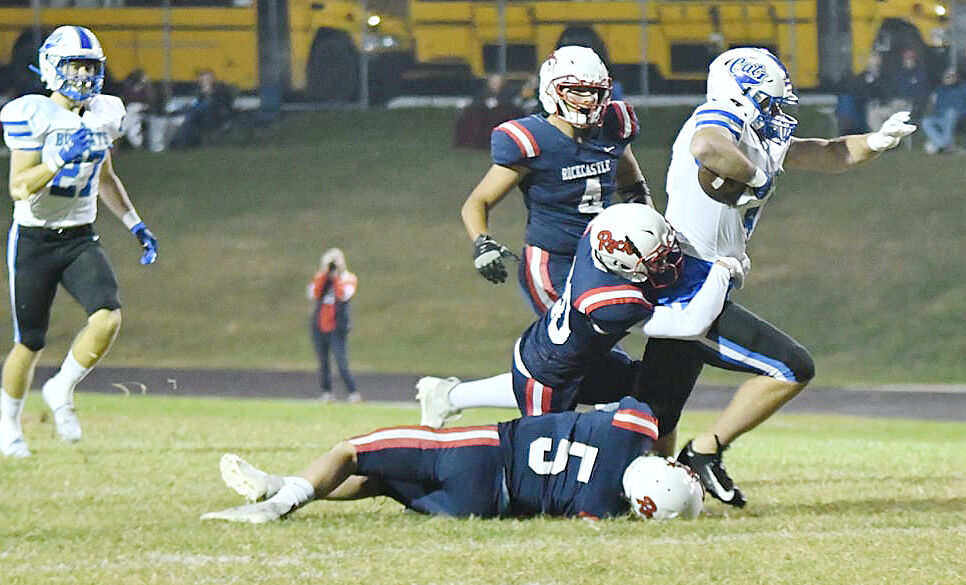 Bobcat tight end Aaron Dean fights for extra yardage after catching a pass from Burnett. The play went for a 17-yard gain.

Senior Bobcat Jonathan Langford lays out to haul in a 5-yard touchdown pass from Cameron Burnett during Friday’s game at Rockcastle County.

Bobcat tight end Aaron Dean fights for extra yardage after catching a pass from Burnett. The play went for a 17-yard gain.

Defense was the name of the game Friday at Rockcastle County. Bell County was held to 115 rushing yards to go along with 80 through the air and the Rockets used two big plays to find the end zone and pull out a 13-7 win.

“We had opportunities after opportunities,” Bobcat coach Dudley Hilton said. “We played good enough on defense even though we gave up two touchdowns. We had three turnovers and kept putting our defense in bad positions. That’s surely not Bell County football.”

The Bobcats struck first as Cameron Burnett passed to Jonatan Lankford for a 5-yard touchdown pass in the second quarter. Aaron Dean’s kick made it 7-0.

Rocket quarterback Noah Parket got away from the Bell pressure and ran 26 yards for a touchdown to tie the game.

It was still 7-7 in the fourth quarter when Burnett was intercepted by Christopher Mink. That turned the tide in Rockcastle’s favor and Parkey found Rylee DeLeon on a play-action pass for a 23-yard touchdown that proved to be the game-winner.

“We had opprotunities but we just couldn’t score. Late in the game we were driving with a chance to score and maybe win it,” Hilton said. “We got down to about the 20 and got a holding penalty. That’s part of playing on the road in another area. That’s nothting against them, that’s just part of life. But we shouldn’t have put ourselves in that situation.”

“We had some good runs where we were just a block away or a play away on just about every play we ran,” Hilton said. “We had too many no-gain plays, but a lot of that is because of their aggressive defense. They’re known for their defense.”

“I felt like we could have thrown the ball better. There were times we had receivers open but we just didn’t execute. We had an easy interception one time and didn’t take it, they had a hard interecption and they caught theirs. We just didn’t execute,” Hilton said. “My skill people have got to play better. I feel up front we did a good job. As far as down in the dungeon, those boys played hard and worked hard. Now our skill people have got to get our act together a little bit more.”

Ethan Raby led the Bell defense with 11 tackles. Chase Huff and Hunter Bailey had ten each. Kage Baker, Hayden Callebs and Dawson Widener all had sacks.