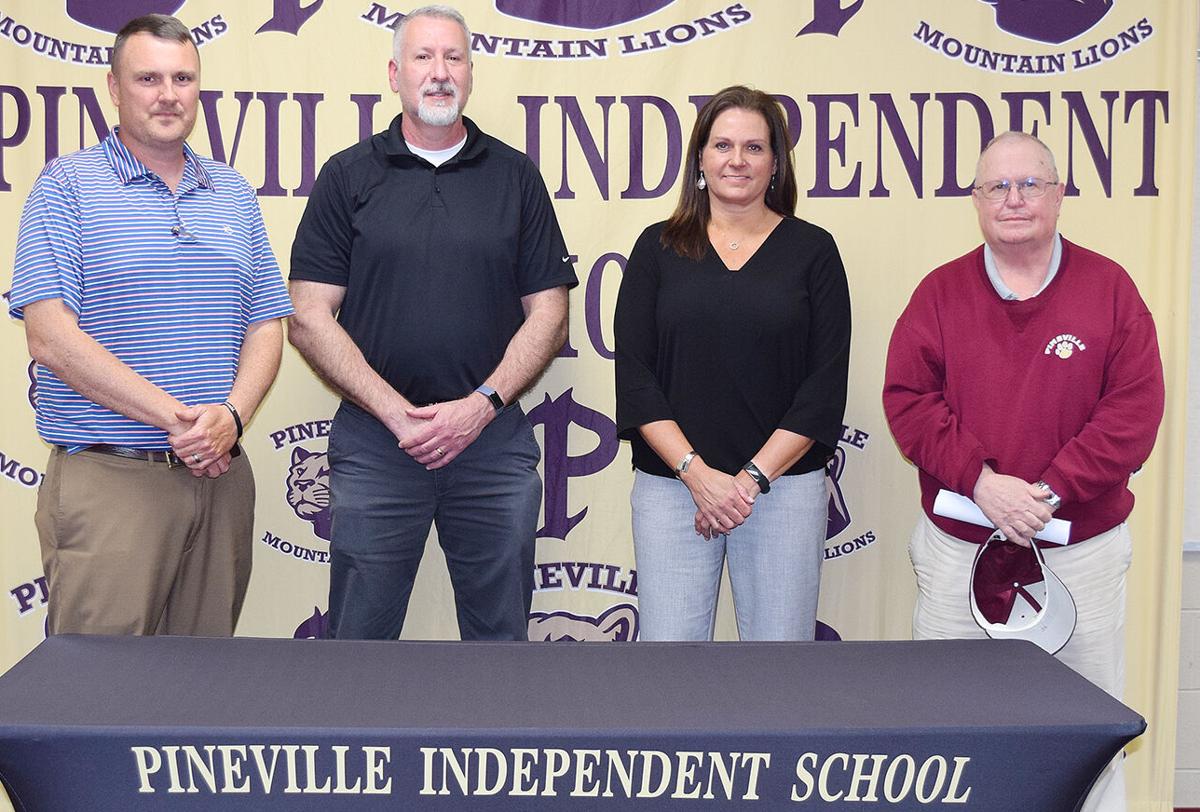 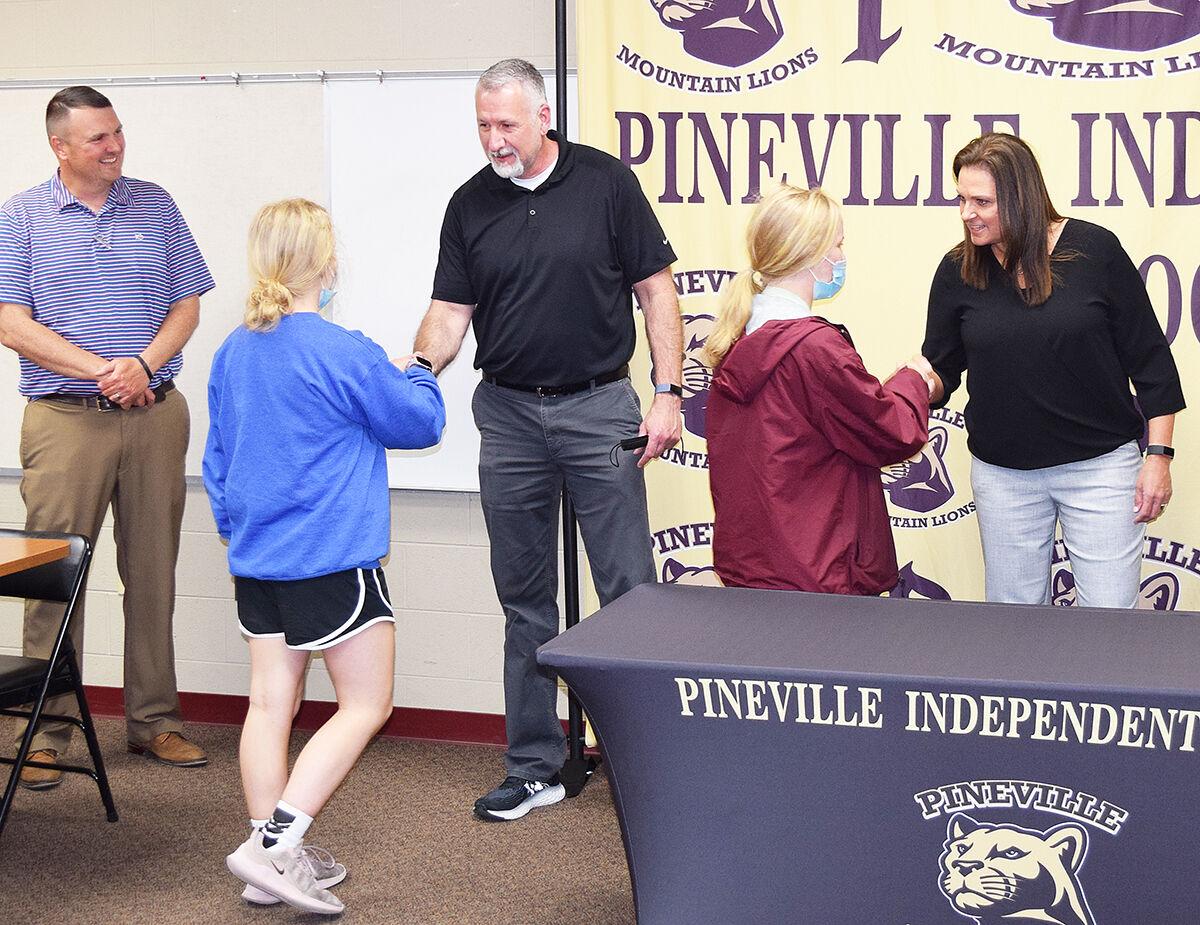 The Pineville girls basketball program has new leadership — and they are familiar names to basketball fans in Bell County. Elgie and Debbie Green were introduced on Friday as the new coaches for the Lady Lions.

“I’m very familiar with their coaching abilities and I know they bring a strong coaching staff just between the two of them,” Pineville Superintendent Russell Thompson said. “Hopefully we can find them some more good help. We’ve had a great program here the last few years and hopefully we can build on that. I think we got the right people for the job of continuing our program in the positive direction that it’s been going.”

The Greens have had a great deal of success coaching girls basketball first at Middlesboro and then at Harlan County.

Their resume includes a 13th Region championship at HCHS in 2018, three regional runner-up finishes, a total of 18 regional tournament appearances and 10 District Championships. They led the Middlesboro Lady Jackets to four 13th Region All “A” Championships and have won two WYMT Mountain Classic titles. Both Elgie and Debbie have been named as the KABC Coach of the Year and Debbis is a 13th Region Hall of Famer as both a player and a coach.

Elgie will officially be the head coach at Pineville.

“We’re kind of a co-package but on the floor I’ll be calling the shots. We’re more or less co-coaches but when it comes game time I’ll be the one yelling instructions. I’m sure she’ll be behind me telling me what I need to be doing,” he said. “We’ve done it for almost 26 years now, coaching together. We’ve got a really good coaching relationship.”

The Greens are back in coaching after taking a year off. Debbie said it was a blessing in disguise because they didn’t have to try and coach through all of last year’s COVID distractions.

“We had opportunities to go other places but they weren’t close to here and we didn’t want to go any farther. My mom is in Harlan and my kids are here in Bell County,” she said. “Last year was not a good year anyway. We like to keep things pretty regimented and when you get off schedule or have to be out for two weeks it would have just drove me nuts.”

They’ll be taking over a Pineville program that is coming off it’s best run in history and just won both the 51st District and 13th Region All “A” Championship this past season. With four senior starters graduating, the 2021-22 season is likely to be a rebuilding year, but a strong group of middle schoolers has the future of the program looking bright.

“We knew the older kids, had coached against them, watched them play and watched them grow. We knew we were losing those kids and didn’t really know what they had coming back,” Elgie said. “Coach Thompson told me we have a really good young group, they just need some guidance. There may be a lot of learning this first year, but after that I think these kids will be prepared and ready to compete at a higher level.

“We love working with young kids, teaching them and watching them grow.”

Debbie added that they’re excited to be at Pineville.

“We’re really excited. We’ve been at a small school before so we know we can build. They lost four really good kids and it’s going to take time to build that back up and get those kids successful,” she said. “But the good think is they have been successful, they’ve been successful at the middle school level and they’ve played on the high school team. So they know how to win and they know what it feels like to win. It’s just going to take a whole lot of work.”

Pineville Athletic Director J.D. Strange, who knows a thing or two about coaching basketball, said the Lady Lion program is in excellent hands with the Greens.

“I think we’re all really excited. We had a lot of good inquiries and people who talked about the job. But we’ve gone against these people on opposing teams before and we know who they are and how they teach the game,” he said. “It’s an excitement for us to know that our young kids are going to be taught the fundamentals the proper way. They’re highly competitive and I think that will be instilled in our kids as well.”

The Greens met with several members of the team on Friday and were already looking forward to scheduling a summer camp. They said their daughter Blair, going into her senior season playing at UK, would be involved along with her former teammate Maci Morris.

Elgie said he and Debbie were happy to be coaching again.

“After last year we knew were probably coach again, we didn’t know where but we knew we wanted to stay in southeastern Kentucky. The itch was there, we were really bored. When you’re coaching you don’t realize how busy you are until you don’t have it anymore,” he said. “We’re still fairly young and still full of passion and energy. We feel like we have a lot to offer these kids and we’re just excited to get started at Pineville.”