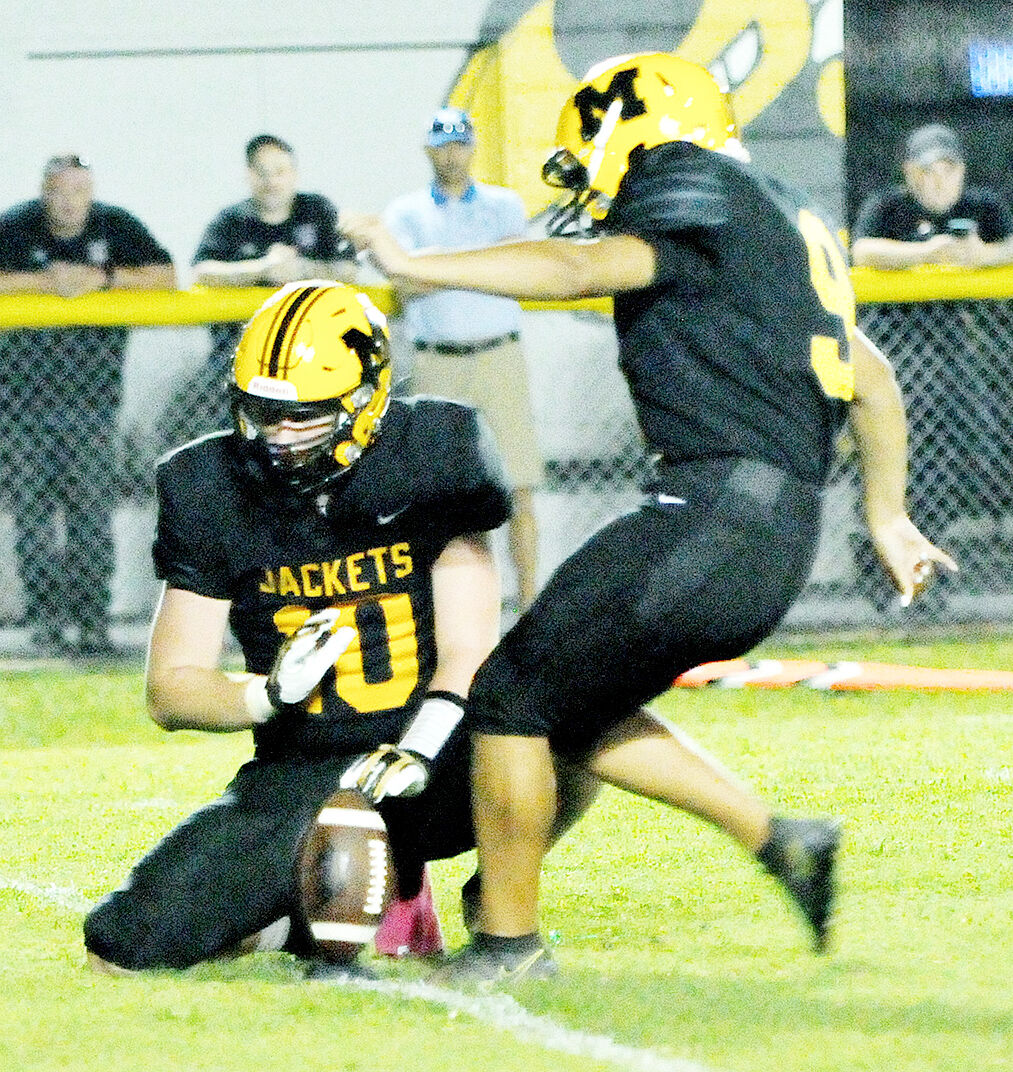 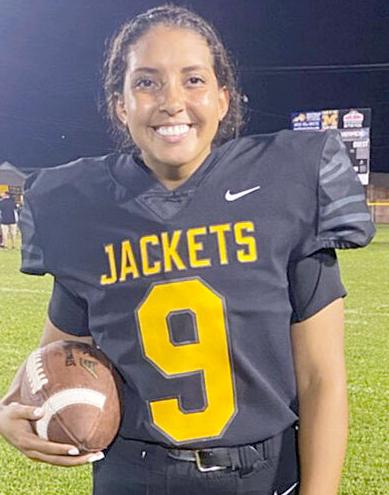 History was made on August 27th, 2021 when place kicker, senior Jordyn Ferguson was called into the game to attempt a point after touchdown. Ferguson placed the block, stepped off her distance, then from the snap by Jay Tyler West and off the hold of Eric Helton, Ferguson hit the ball solid it then traveled high across the 10 foot crossbar splitting the uprights and just like that Jordyn Alexandria Ferguson after that kick sailed into the netting cemented her name forever the Middlesboro High School record books as the first female the score a point in a high school football game. Fittingly the record setting point came while the Middlesboro Yellow Jackets are celebrating 100 years of football. Congratulations to Jordyn Ferguson and Middlesboro High School.