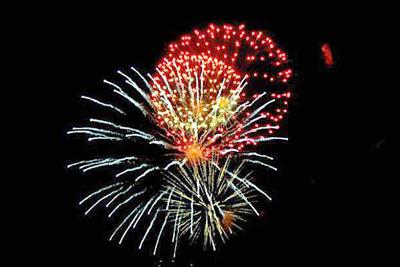 Fourth of July celebrations are set to take place all across the tri-state area spanning from July 3 through July 6.

For 244 years, the Fourth of July continues to be one of America’s most cherished holidays. The traditions and celebrations surrounding the day have carried on and continued to expand every year. From the history of the signing of the Declaration of Independence to food statistics, it’s understandable if not everyone knows everything about July 4. Here are just a few facts around one of America’s favorite holidays.

The Declaration of Independence wasn’t actually signed on July 4 or even in the month of July at all. So, if you want to impress your family and friends, you can tell them that on July 4 we celebrate the adoption of the Declaration of Independence, not the actual signing. The document was signed by John Hancock and Secretary Charles Thomson to be given to military officers and other political committees as well as the other 54 men on Aug. 2.

Famed historian David McCullough actually wrote, “No such scene, with all delegates present, ever occurred at Philadelphia.” July 4 is the day the Declaration was formally dated, finalized and adopted by the Continental Congress, which had officially voted for independence on July 2.

Fourth of July celebrations weren’t much different than how we celebrate today. In 1776, after hearing the words of the Declaration of Independence, military personnel and civilians in the Bowling Green section of Manhattan tore down a statue of King George III and later melted it into bullets. The King’s coat of arms was used as kindling for a bonfire in Philadelphia.

The July 8, 1777 issue of the Virginia Gazette describes the July 4 celebration in Philadelphia as, “The evening was closed with ringing bells, and at night there was a grand exhibition of fireworks, which began and concluded with thirteen rockets on the commons, and the city was beautifully illuminated. Everything was conducted with the greatest order and decorum, and the face of joy and gladness was universal.”

The celebrations began just two years after the Revolutionary War ended, and 2019 will be its 234th celebration. The town of 23,000 residents begins to celebrate the United States on Flag Day, which is June 14 and celebrates through July 4.

According to the American Pyrotechnics Association, there are around 15,000 Independence Day fireworks celebrations every year. Though pricing varies, most small towns will spend anywhere from $8,000 to $15,000 for a fireworks display. Larger cities will go into the millions to pay for fireworks shows. The Boston Pops Fireworks Spectacular averages more than $2 million each year.

Approximately 150 million hot dogs will be consumed on the Fourth of July. That number is reported from the National Hot Dog and Sausage Council. According to the National Retail Federation, Americans will spend around $6.7 billion on food and drinks this Independence Day. This includes food and other cookout expenses and averages out to about $73 per person participating in a barbecue, outdoor picnic or cookout.

Locally, there are locations hosting celebrations to help the community truly experience the Fourth of July.

Hometown Celebration will be held on the Courthouse Square in downtown Pineville on July 3 and fireworks will begin at 10 p.m.

On July 4, The City of Middlesboro is hosting a fireworks celebration beginning at dusk along U.S. 25E. In case of inclement weather, the fireworks will be held on July 6.

Wherever and however you celebrate this Fourth of July, have a safe and happy one. From everyone here at The Pineville Sun, we hope you celebrate safely and enjoy your 2020 Independence Day.