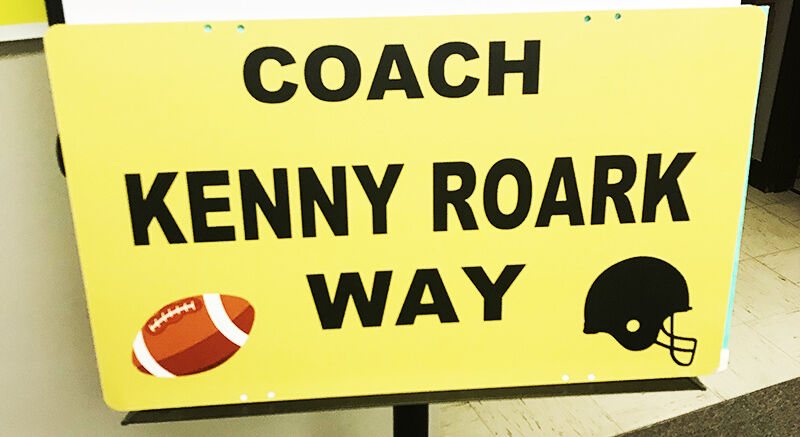 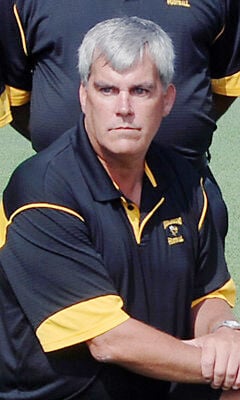 Friday, September 10th will be Coach Kenny Roark Day in the city of Middlesboro.

The city is honoring the late coach, who led the Yellow Jackets to the 1998 Class A State Championship. A sign will be unveiled Friday at 5:30 p.m. at the intersection of Lothbury Ave. and 16th Street designating Coach Kenny Roark Way.

Before becoming a coach, Roark was a stand-out athlete at MHS. He played basketball and baseball but really excelled on the football field as a center and nose guard for Coach Tom Stapleton’s teams that went to the Class AA state championship game in 1974 and 1975. Roark set a state record with 21 solo tackles in the ‘74 championship game.

Roark went on to the University of Kentucky where he had an outstanding career as a center. He played on the 1976 Peach Bowl team and was named All-SEC Center in 1980 and was an Honorable Mention All-American.

After a brief NFL career with the Cleveland Browns and Washington Redskins, Roark returned to Middlesboro and coached the Yellow Jackets for 17 seasons, including 16 straight winning seasons. The highlight was that 1998 State Championship.

Overall, Roark coached for 27 years and compiled a record of 154-72. He was inducted into the Middlesboro Sports Hall of Fame in 1991.

David Mike grew up with Roark in ‘The Junction’ and was one of his high school teamates. He coached with Roark at MHS and was the school’s athletic director during that ‘98 state championship season.

“We all miss Kenny,” Mike recently told The Middlesboro News. “We spend many Sunday afternoons at his house watching game films, all the coaches and those that were close to Kenny. Those are good memories. I really appreciate the city honoring Kenny and naming 16th Street in his honor.”

Friday’s sign unveiling ceremony will be at 5:30 p.m. and is open to the public.

Hospital leaders speak out in wake of COVID-19 surge

‘Alarming, but not at all that surprising’ Knox leads country in infection rate