Skip to main content
You have permission to edit this article.
Edit
Subscribe
Our Publications
Home
News
Sports
Opinion
Digital
Classifieds
Advertise with Us!
e-Edition
1 of 5 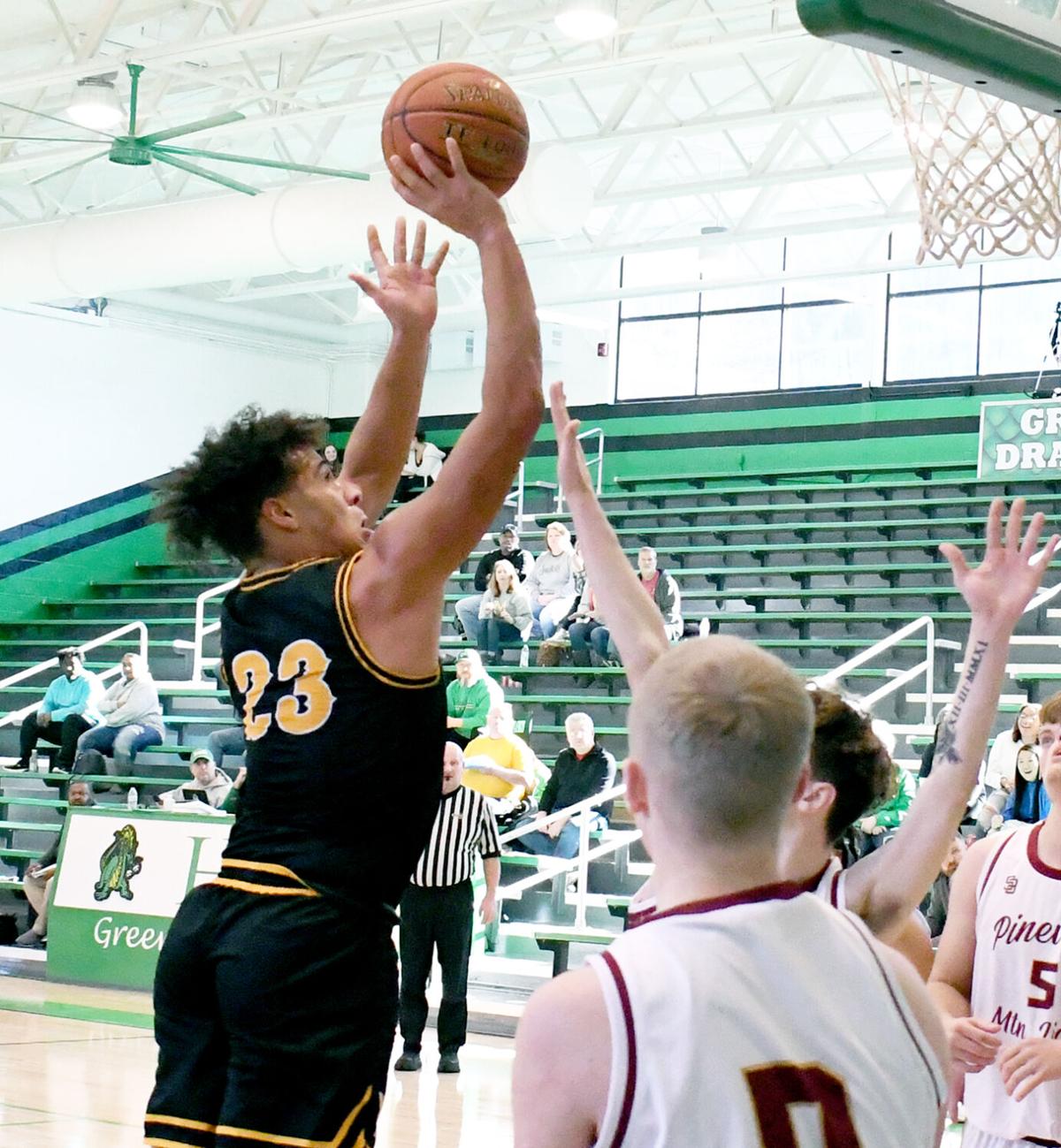 Yellow Jacket senior Jay Tyler West scores inside after grabbing an offensive rebound during action in Saturday’s All ‘A’ Tournament win over Pineville. West scored 20 points and grabbed seven rebounds in the game. 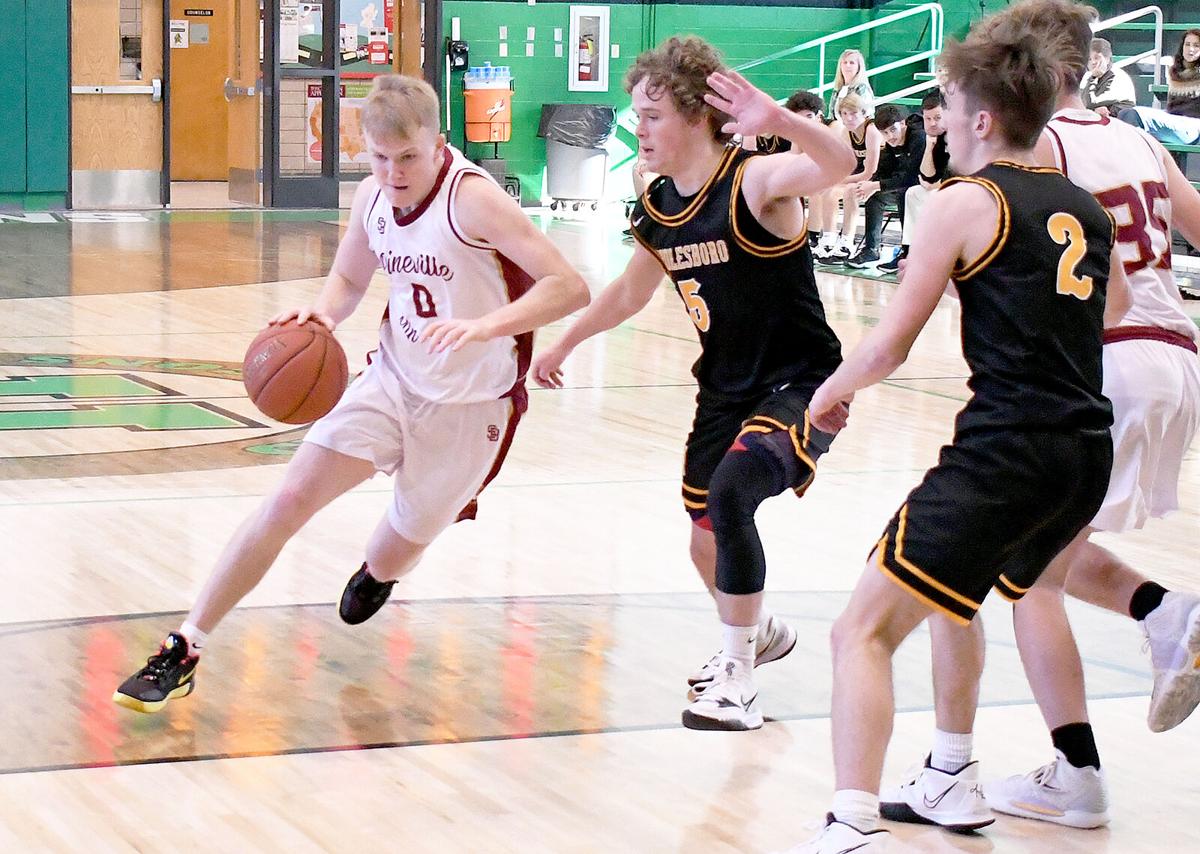 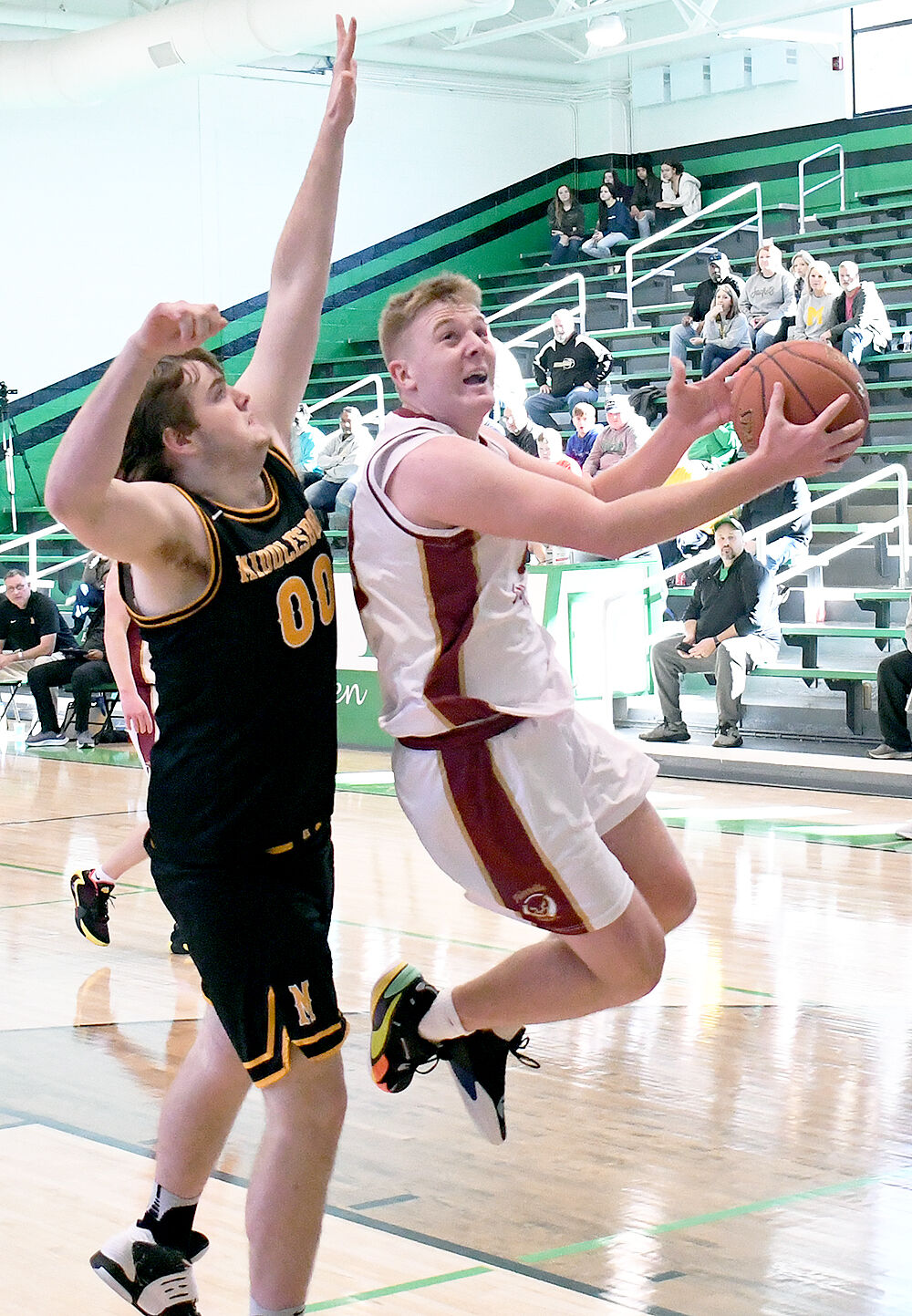 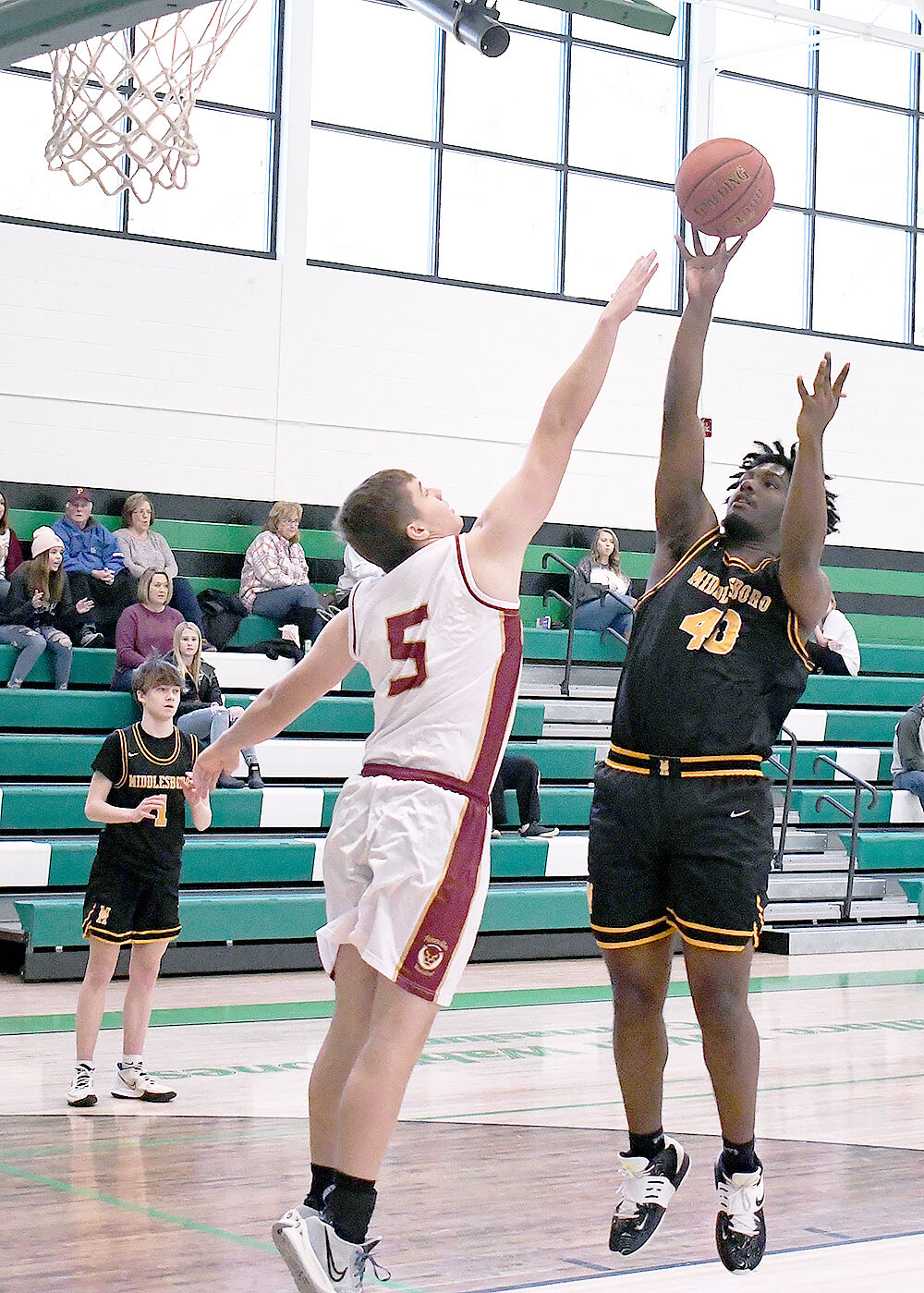 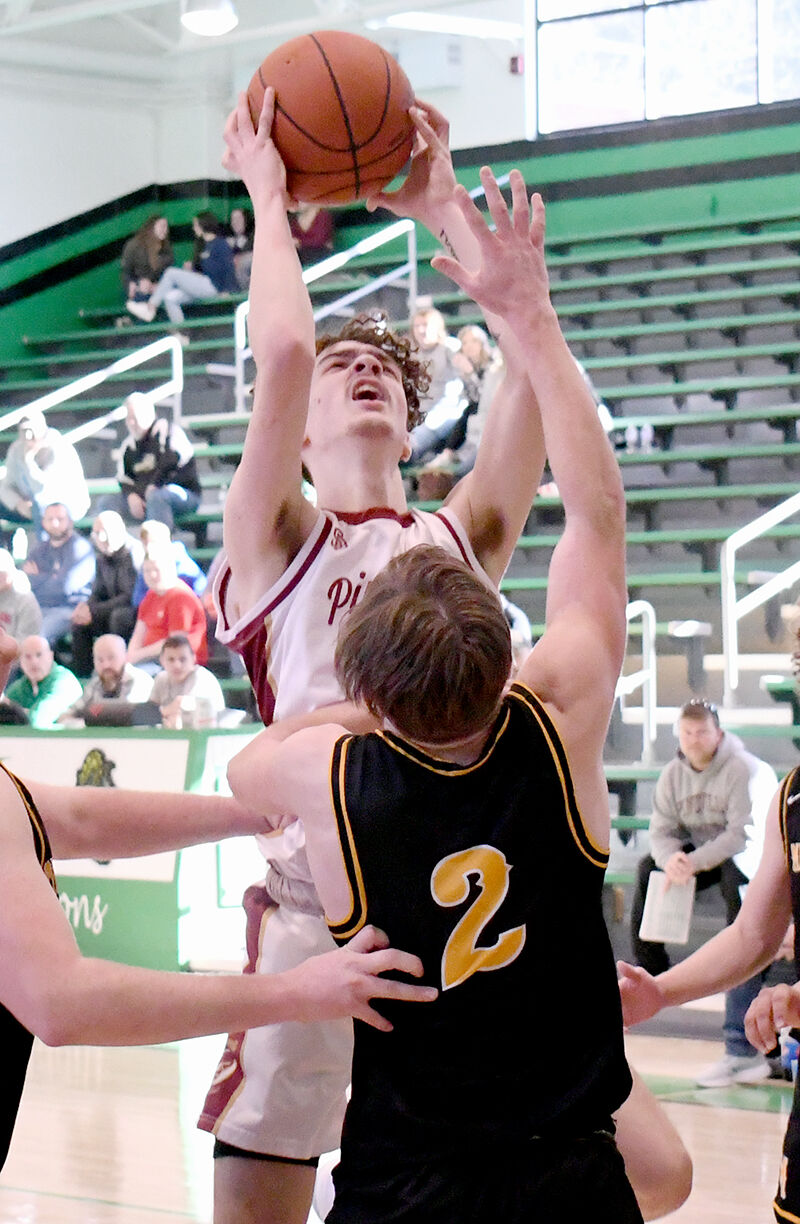 Pineville junior Ashton Burns gets fouled after pulling down an offensive rebound. Burns scored four points and had seven boards in the game.

Yellow Jacket senior Jay Tyler West scores inside after grabbing an offensive rebound during action in Saturday’s All ‘A’ Tournament win over Pineville. West scored 20 points and grabbed seven rebounds in the game.

Pineville junior Ashton Burns gets fouled after pulling down an offensive rebound. Burns scored four points and had seven boards in the game.

HARLAN — The Middlesboro Yellow Jackets used a pair of 7-2 spurts to open up a fourth quarter lead and made it stick as they knocked off Pineville 55-49 in the 13th Region All ‘A’ Tournament on Saturday.

“It was an ugly game and Pineville did a good job controlling everything and doing what they planned for,” Jacket coach Lewis Morris said. “We didn’t do a good job in the first half at anything. In the second half we put Schertz into the high post against their zone and he made some nice passes down to Jay and Jay was working today so it paid off.”

The Lions led 13-10 after one quarter and 27-22 at the half. They stayed in front most of the way, but Bryce Bowling scored on a put back late in the third quarter to cut the lead to 39-36.

Middlesboro opened the fourth quarter scoring with a Jay Tyler West basket and a 3 from Jayden Schertz got up 41-39. After Sawyer Thompson, who led the Lions with 22 points, scored to tie the game at 41 the Jackets took control with a 7-2 run that featured a 3 from Cayden Grigsby and another putback from Bowling.

“It’s a make or miss game and they started making some. Part of that is us not getting out on guys we know we should,” PHS coach Brad Levy said. “Grigsby is pretty good and when he gets hot he can fill it up.”

West and Grigsby scored 20 points each to lead MHS, who played without Trey King. Bowling finished with four points, Schertz and Caleb Bogonko three each, Brayden Barnard and Trey Kyle two each and Richie Logan one.

“I was proud of our kids effort. We were a little shorthanded but we had eight and all eight of them came out and did something positive,” Levy added. “They just made a couple more plays than we did in the second half.”

“Like I said it was ugly, but we’ll take a win no matter what, especially the way our season has been going,” Morris said. “Hopefully we can keep improving, but we’ve got a long way to go.”

Middlesboro (6-9) was eliminated with a 45-35 loss to Barbourville in the semifinals on Monday. The Jackets host OBI on Friday and visit Owsley County on Saturday.

Pineville (10-8) bounced back with an 89-52 win over Owsley  on Tuesday. They host Harlan County on Friday and take on Cordia at Perry Central on Saturday.

HIGHLIGHTS OF THE JANUARY 27, 2022 BOARD MEETING