You have permission to edit this article.
Edit
Subscribe
Our Publications
Home
News
Sports
Opinion
Digital
Classifieds
Advertise with Us!
e-Edition
1 of 4 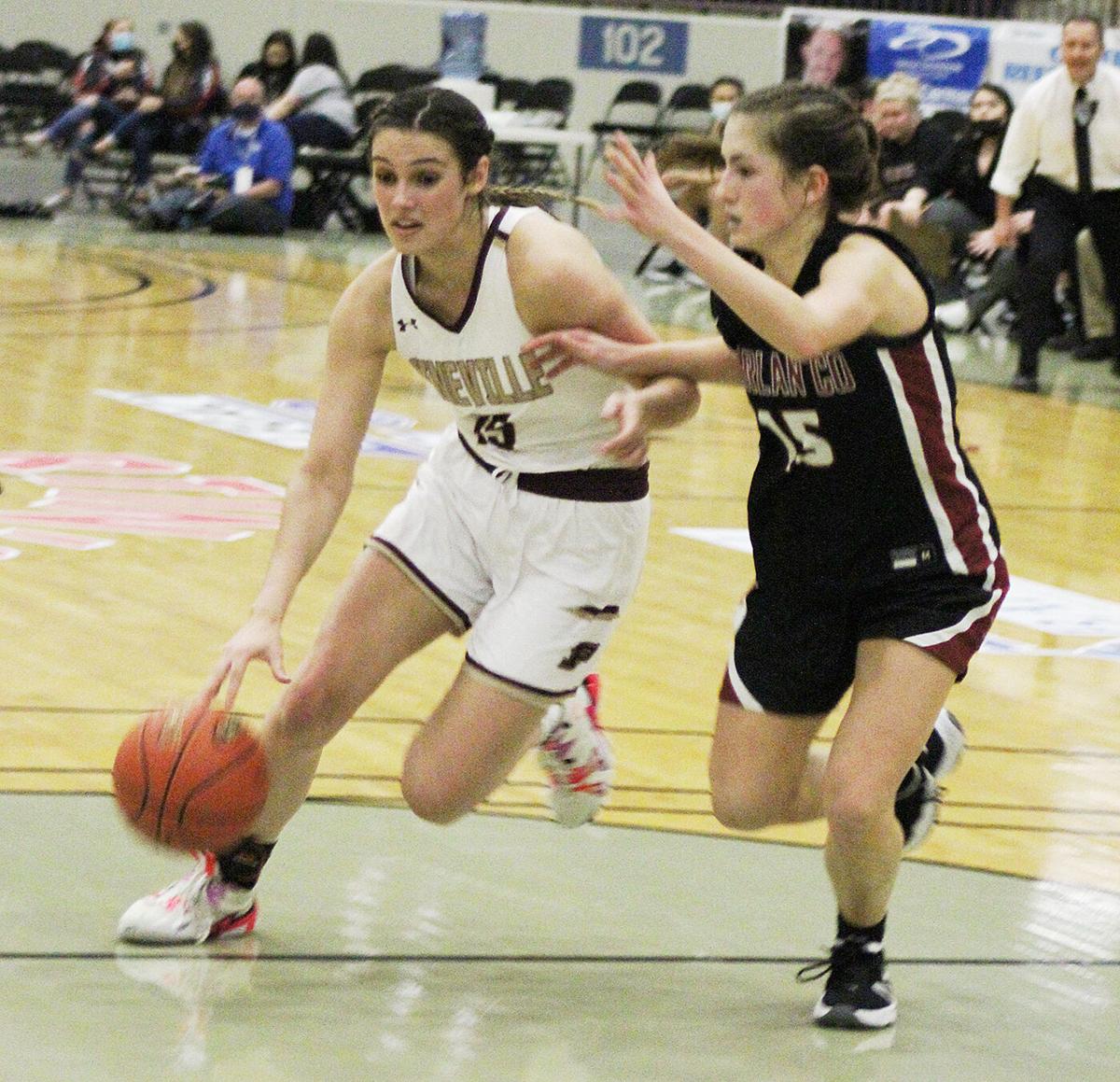 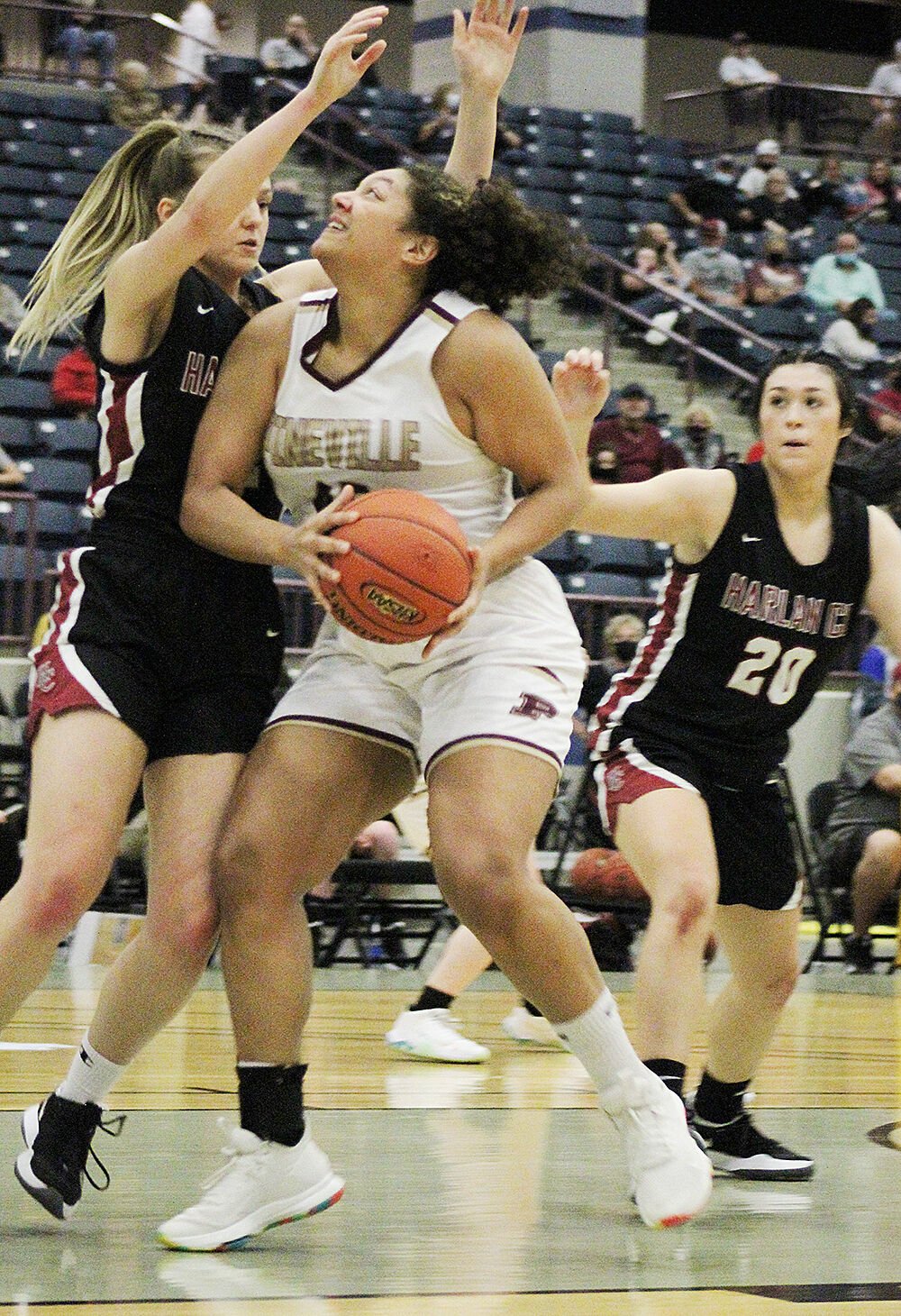 Senior Raigan King works through contact in the lane against Harlan County.

Senior Raigan King works through contact in the lane against Harlan County.

CORBIN — The Pineville Lady Lions saw a tremendous season come to an end on Wednesday in the first round of the 13th Region Tournament. Harlan County erased an 8-point deficit in the second half and pulled away down the stretch to take a 47-40 win and eliminate Pineville.

“We just had a bad run there for about five minutes. Every time we pressed number 11 (Jacey Lewis) hit shots in the corner that were just daggers. She took the shots we really wanted them to, but she hit them. Give her credit,” Mills said. “If they miss those, who knows what happens?”

After trailing 9-6 after one quarter, the Lady Lions went to work on defense and held the Lady Bears to just two points in the second period.

Summer Partin’s 3-pointer to open the quarter pulled Pineville even, then Whitney Caldwell took over with six points in the final 5:12 of the half as the Lady Lions took a 17-11 lead into the break.

A jumper by Caldwell early in the third quarter pushed the lead to eight and a three-point play by Raigan King made it 23-15 later in the period.

Harlan County got two free throws from Jacey Lewis and then a steal by Ella Karst turned into a three-point play that quicklly cut the lead to 26-23 with 1:34 to go in the quarter.

A 3 from Kelly Beth Hoskins gave Harlan County a 28-26 lead going into the fourth quarter.

King tied things up with a basket inside early in the fourth quarter, but the Harlan County press caused some problems for the Lady Lions and the Lady Bears scored eight straight points to take a 36-28 lead.

“We made a couple of silly turnovers and I didn’t think much of them, but then the momentum went their way. They scored four or six straight points and then when they pressed us we were kind of out of sync and passive with it,” Mills said. “We knew the press was coming but we didn’t handle it well. By the time we started handling it, we were in a hole.”

Pineville battled back as Ava Arnett and Caldwell each hit two free throws and King scored inside to cut the deficit to two. Caldwell’s 3 pulled the Lady Lions within one, but Lewis answered for Harlan County. Another Lewis 3 with 2:02 left extended Harlan County’s lead to six.

Free throws were big for the Lady Bears all game. They hit 16 of 17, including five of six down the stretch to pull out the 47-40 win.

Caldwell scored 15 and King finished with 14 points for the Lady Lions. Rounding out things were Ava Arnett with five, Virginia Hall with three and Summer Partin with three.

The Lady Lions end the season with a record 15-5. It was the final high school game for seniors Caldwell, King, Hall and Partin.

“They’ve been such a great group of girls and you hate to see it end with them. I told them no matter how it ended, it doesn’t take away anything that you’ve accomplished. Our girls’ program had never won the All ‘A’ and the District in the same year — as a matter of fact I don’t think our boys have either. That’s something that’s not been done and winning back-to-back districts is great,” Mills said.

Harlan County(11-13) lost to North Laurel in the semifinals.

Importance of Cancer Screening During the COVID-19 Pandemic