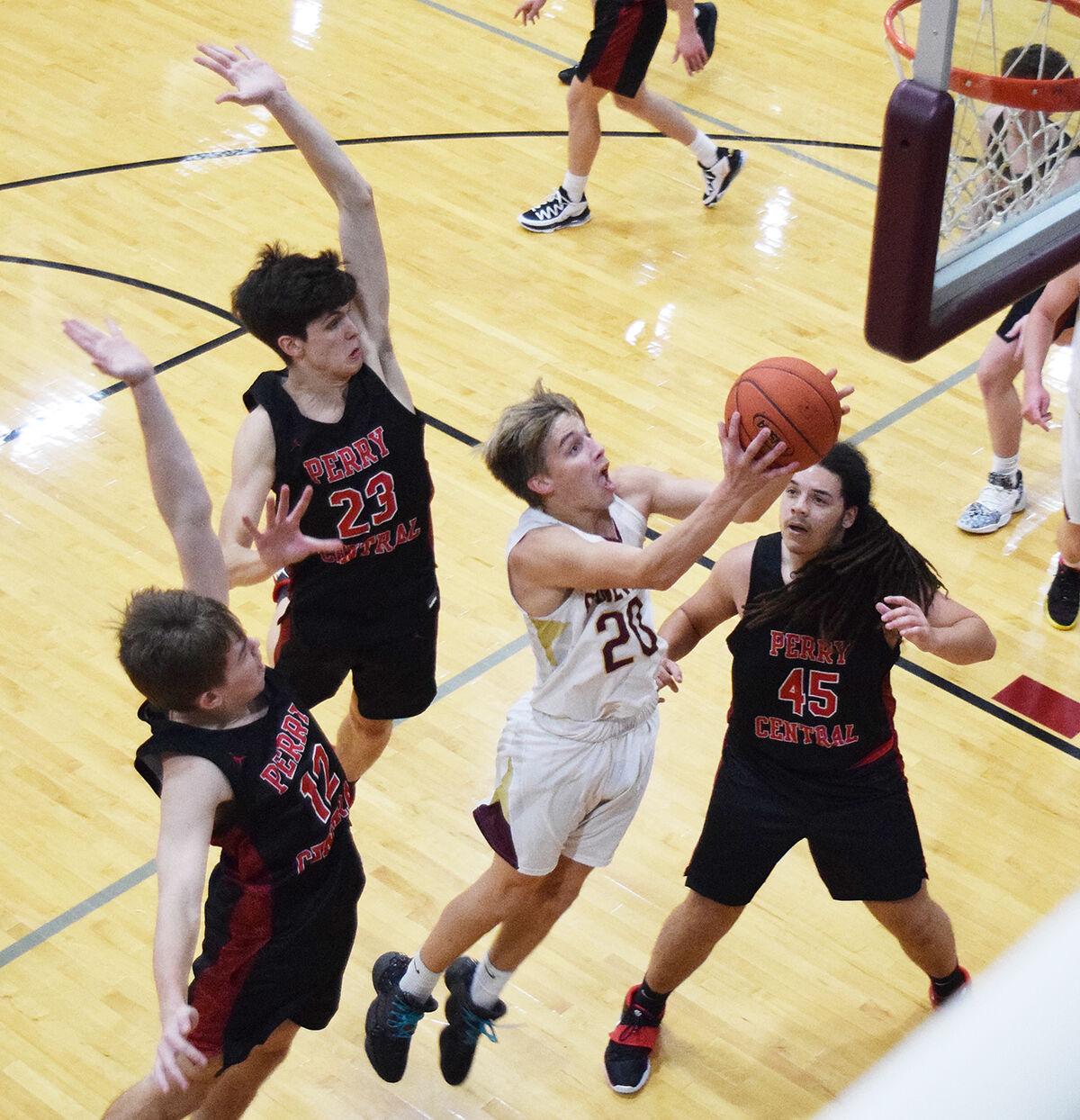 Keean Fuson drives in for two of his 28 points in Tuesday’s 63-60 win over Perry Central. 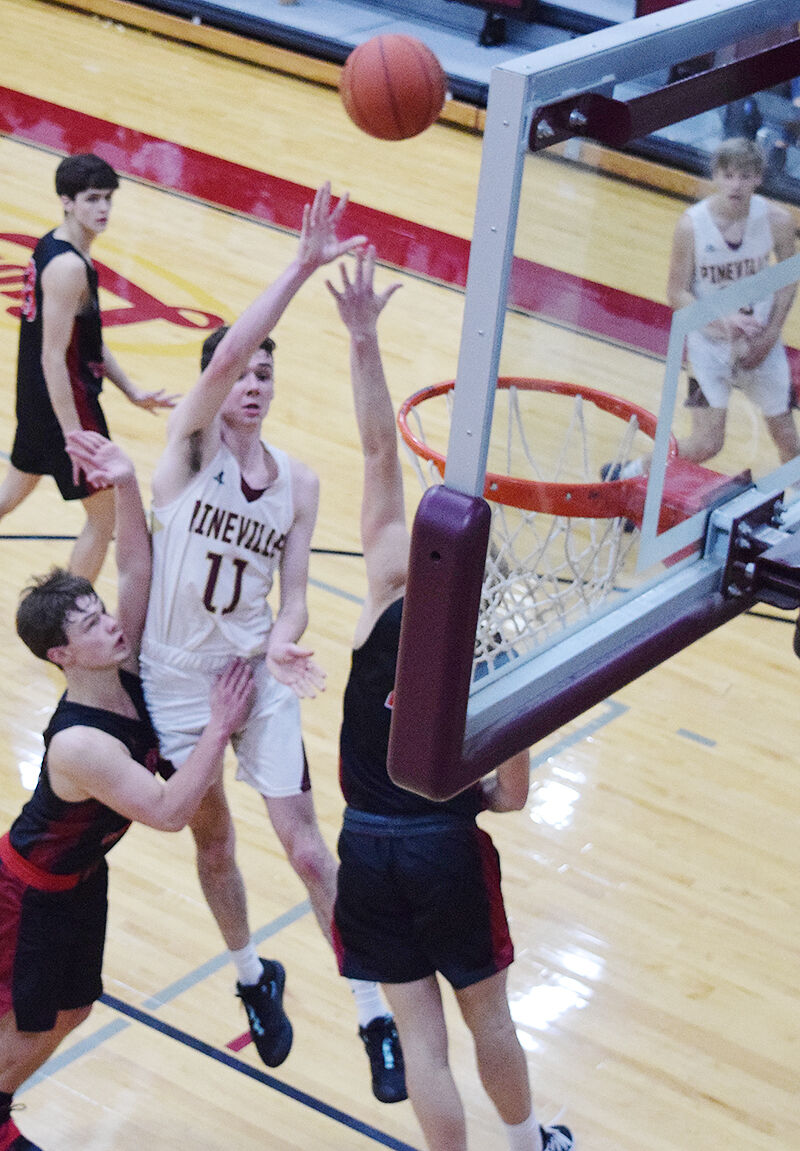 Keean Fuson drives in for two of his 28 points in Tuesday’s 63-60 win over Perry Central.

Senior guard Keean Fuson hit 11 of 13 free throws in the fourth quarter to finish with a game-high 28 points to lead the Pineville Mountain Lions to a 63-60 win over Perry County Central in their season opener Tuesday night.

“That’s a good win. Anytime you beat Perry County Central — we told the kids every other year they go to Rupp Arena,” Mountain Lion Coach Brad Levy said. “That might seem like a lofty goal for a small school like us, but that’s where we want to go. We’ve got kids that can compete with those bigger schools and produce. We’ve put in the work, we waited two months for the opportunity to play and they were ready to play. I was proud of them.”

The Lions jumped out to a 18-12 lead behind eight points each from Fuson and sophomore point guard Ian Middleton and were up 32-25 at the half.

The Commodores made a run in the third quarter and led 44-43 going into the fourth.

“One thing I was really proud of is when they made that run in the third quarter,” Levy said. “They punched us in the mouth and we took the hit and kept playing with them and then pushed it out and put it on ice there at the end. I’m proud of our kids.”

A basket by Sean Phipps and a free throw from Fuson put Pineville up 46-45 and a transition layup by Evan Biliter made it a three-point game with 5:48 to go. From there Fuson went to work at the free throw line as the lead grew to as many as eight points.

Dawson Duff hit three 3-pointers down the stretch to keep Perry in it, including a half-courter at the buzzer that set the final at 63-60.

In addition to Fuson’s 28 points, the Lions got 16 points and ten rebounds from Phipps and Middleton  finished with ten points. Eli Thompson, Ty Clark, Sawyer Thompson and Biliter all scored two points and Timmy Goodin scored one.

Levy said his Lions were just ready to play against anybody besides themselves and that Fuson’s big game was the product of hard work.

“We were supposed to play Burgin but they cancelled so I was scrambling all day Monday to try and find somebody. Perry Central was gracious enough to come to us and I appreciate that,” he said. “When I told the kids Burgin had canceled and I was trying to find something I thought Keean was going to fight me. These kids are sick and tired of practicing, they want the chance to compete against somebody else. Keean has put in the work, these last two weeks he’s come in every day after practice and put in an extra hour of putting shots up. I’m really proud of him.”