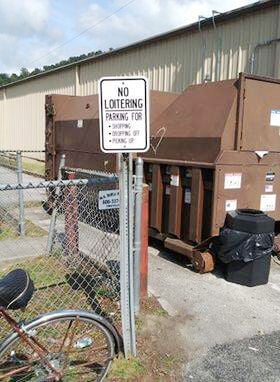 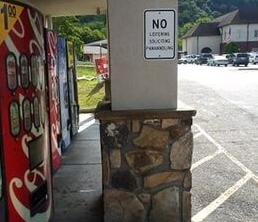 The term loitering refers to hanging around or lingering in a public area without any apparent purpose for being there. Whether they are viewed as nuisances or criminal threats, young people or even homeless people hanging around where there are visible “no loitering” signs continues to occur and business owners in Pineville are ready to put a stop to it.

“There have been numerous customer complaints in regard to 24/7 loitering and people suspiciously sitting in their vehicles in and around businesses such as Pic Pac, Rite Aid, Total Care, and Long’s One & Up properties and parking lots near them,” business owner Mike Long said. “We pretty much have tried to police it and we get customer observations, complaints, sometimes even concern that people are doing illicit things with drugs and at one time, I guess we kind of had roaming prostitutes.”

Long explained that his businesses have always tried to keep people from hanging out around their drink machines and in the parking lots but he said as of recent, the biggest concern they have had is people hanging out under the overpass at Total Care.

“Where Total Care has not been operating at full swing, they’ve been hanging out under that overpass or the place where you can get out of the rain,” he said. “They’ve also been around the dumpster behind Long’s One & Up and of course Rite Aid has not been open and we’ve had some people that have been hanging in front of it.”

Long got together with First State Bank and the hospital, which is involved with Total Care and the City of Pineville to hang signs so the “No Loitering” policy can be enforced.

“We’ve asked the police to patrol the area and to help us keep it clear,” he said of the enforcement of no loitering on properties.

City of Pineville Mayor Scott Madon is on board with the no loitering policy and helping businesses enforce it.

“We’ve been getting several complaints of people loitering and hanging out in parking lots and right there next to Total Care,” Madon explained. “We just feel like we need to give everybody a warning that we are going to be enforcing no loitering with people walking up to cars wanting money and they’ve scared several people and we’ve had several calls about it.”

Madon said that nobody wants to do this but people in the community want to feel protected and with the current situation of family’s dealing with COVID-19, people’s nerves are already on edge.

“It’s time we address this,” he continued. “We’ve got the signs to see if we can stop some of it and hopefully we can. Mike has cameras and we are going to be watching those for illegal activity and hopefully clean the community up.”

According to Madon, he and business owners have been talking to people when they see them hanging out and asking them to leave the properties and he explained that they will be doing more of that.

“If it continues, we will certainly issue them tickets for loitering and if we catch them doing any illegal activity, they will be charged with that too,” he said.

With the upcoming construction beginning within the year, Downtown Pineville Director Jacob Roan is also in support of enforcing the no loitering policy in Pineville.

“Over the past several years, an effort has been made to attract new businesses and make downtown more tourism friendly,” Roan explained of the continued improvements being made to downtown Pineville. “In order for people to feel safe and for business owners to welcome people into their shops, the no loitering policy will help businesses and tourists alike.”

Roan continued to explain that with the downtown infrastructure transformation beginning that the City of Pineville wants to make sure that safety and protection are taken to another level and also make sure that the new items being introduced to Pineville are taken care of.

“That’s a lot easier to manage without people loitering,” he said. “There’s a difference in loitering and gathering and we want downtown to be a place where people can gather to enjoy all aspects of our downtown but we do not want it to become a hangout for people with unwanted intentions in mind.”

Roan said that another reason he is in support of enforcing this policy is that when he travels to smaller town like Pineville, he feels safer when he does not see people sitting on curbs or laying on park benches.

“We are more or less doing this because we want people to feel safe and to feel like there’s not people walking up to the cars panhandling or trying to get in their vehicles or even in the evening, some of the women are even concerned about the guys just being around or even saying something to them,” Long said of the safety concerns within the community. “The case is that we have hung the signs and have told people that we don’t want them on the property when they are not shopping.”

Long explained that businesses have noticed vehicles pulling into the parking lots and sitting for most of the day.

“We’ve watched the videos and people have told us it’s this truck or it’s this tag and we’ve also got a lot of people that are just standing out there most of the day,” he said. “At this point, they are not shoppers and we don’t know if they are just hanging out or up to no good but we don’t want them congregating here.”

The “No Loitering” signs have been hung and businesses have asked the police to patrol the parking lots and various businesses within downtown Pineville.

“At some point, they can be charged with trespassing,” Long said. “We’ve even got a list of people that have been habitual and have either shoplifted here or even just been a nuisance or torn up property that we’ve had banned off the premises and if they are on the property or even if we see them on the video and don’t get them right then, they are actually trespassing and we can go through the court system if we have to.”

Long is encouraged with the continued support of the City of Pineville and their efforts to clean up the community.

“Downtown Pineville has been very supportive and has tried to have a nice, clean place for people to visit,” said Long. “Of course COVID has shut some of that down but they were having concerts on Courthouse Square and people are trying to take pride in their businesses and keep them picked up and we are just all trying to work together to keep it that way.”

If you have concerns of loitering or suspicious activity, you can report your concerns to the Pineville Police Department by calling 337-2207.