Sign Up
Log In
Purchase a Subscription
You are the owner of this article.
Edit Article Add New Article
Subscribe
Our Publications
Home
News
Sports
Opinion
Digital
Classifieds
Advertise with Us!
e-Edition
1 of 2 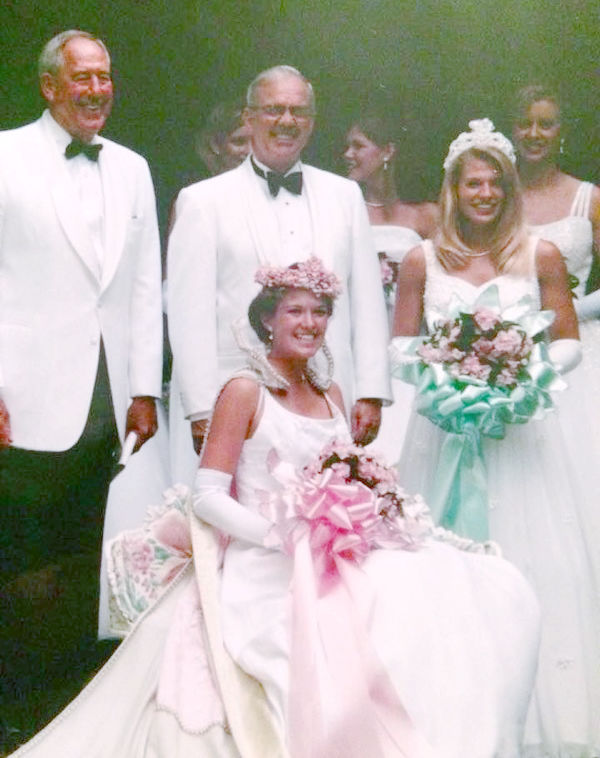 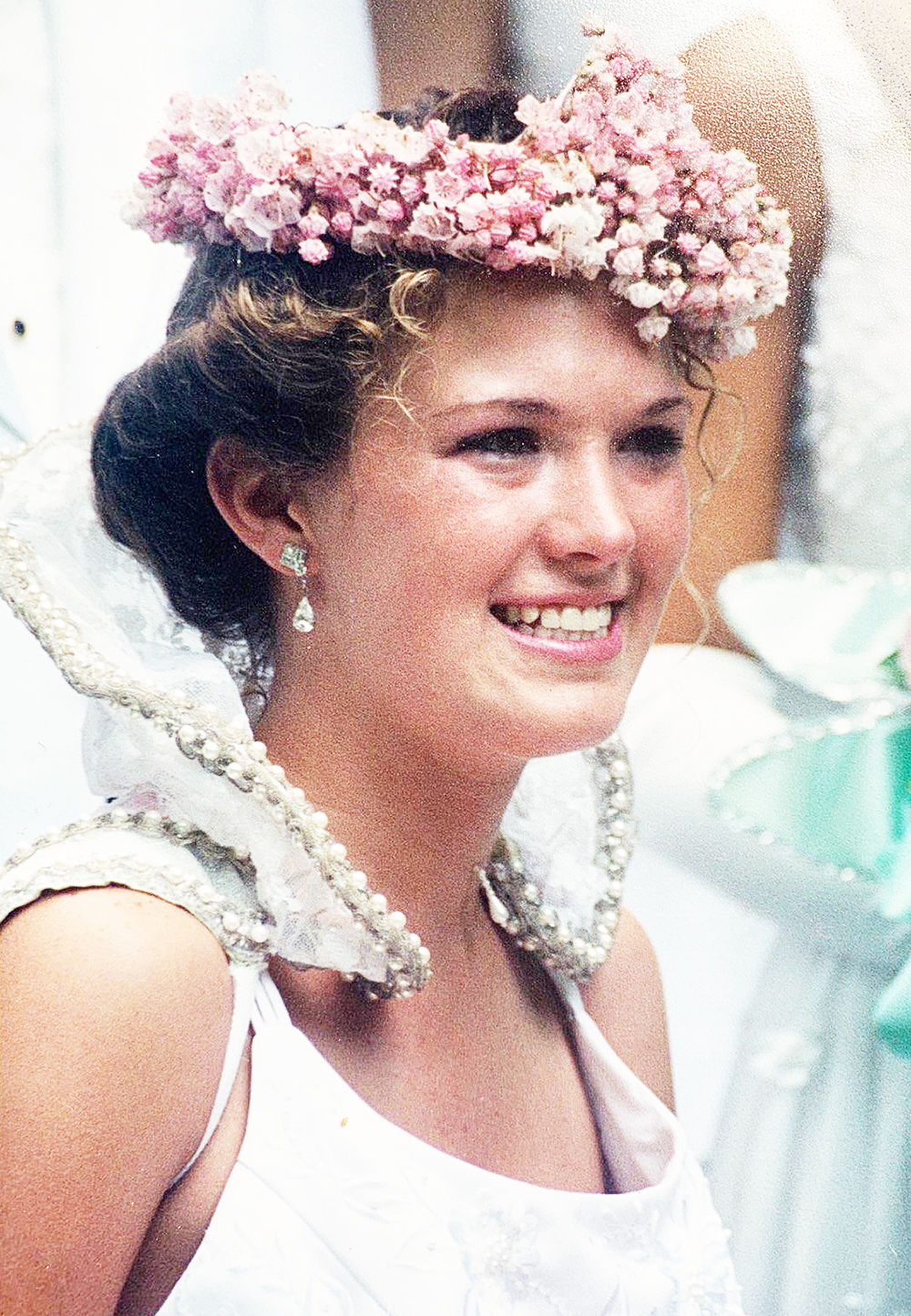 This Memorial Day weekend marks the 20th anniversary of Kristy Nelson Burnett being crowned the Queen of the Kentucky Mountain Laurel Festival.

While the current global pandemic made it necessary to cancel the festival this year, that doesn’t mean we shouldn’t take time to recognize what Kristy accomplished in the year 2000. You see, she is the only Bell County native — the only girl to graduate from Pineville, Middlesboro or Bell County schools — to ever be crowned KMLF Queen.

The daughter of Lisa and Terry Nelson of Arjay, Kristy said it all came as quite a surprise.

“21 years ago I went to Kentucky Wesleyan College as a tomboy and everybody in Bell County knew me as a tomboy. So when I called my mom and told her I was picked to represent Kentucky Wesleyan in the Mountain Laurel Festival she was terrified. I had done a pageant when I was four, but other than that I had never done anything like that.

There were actually several people who asked my mom where I was because they didn’t recognize me with makeup on and wearing a dress,” she said. “My mom told me to just go out there and have fun, don’t worry about winning. She thought that I would win Miss Congeniality — I just went and had fun.”

Up until then Kristy’s involvement in the festival had been limited to working in the booth her church would set up downtown. She was only familiar with the aspects of the festival that took place downtown.

“I had never been on that side of the Mountain Laurel before. I had never been to any of the director’s dinners or anything like that. I had actually never even been to the coronation until the day I was in it,” she said. “I didn’t know that whole side of the festival existed. Now I’m in love with it. I enjoy the downtown side, but I really like the side where you get to meet the candidates and all of that. Before, I had only seen the candidates in the parade. I didn’t know that everything else went on.”

Being a local girl made the experience of being picked as queen even more special for Kristy. For example, her middle school basketball coach Elizabeth Madon was the arrangements chair that year and had the honor of announcing the winner to the candidates.

“I was kind of special for her to be the one to tell me that I had won,” Kristy said. “Of course when they announced it I was looking at the girl that I thought was going to win because I wanted to see her reaction. So if you see the pictures from that time, I’m looking up the stairs. I was shocked when I heard my name and I actually started crying. I’m not a crier so for me it was really special and I was just floored.”

She still remembers making her way through the crowd at the Laurel Cove Amphitheater to join the queen’s court on stage to be crowned by then-governor Paul Patton.

“I enjoy that walk down — every year when they get ready to announce the queen my stomach gets all in knots and I just get emotional because it was a big thing for me,” Kristy said.

She shared another funny story about how her brother, Kyle, learned that she had won.

“He was at the regional track meet when I won and we didn’t have cell phones back then. His girlfriend and her friend picked him up when he got done and he asked who won. The friend said, ‘Your sister.’ He said, ‘No, she didn’t. And she tried really hard, she’ll beat you up if she knows your talking about her!’ Kristy said. “He didn’t believe it until he got home because I was such a tomboy. That’s how big of a shock it was to all of us.”

Kristy has been involved with the festival ever since 2000. She’s worked with the past queens committee and is the current chair as well as serving as KMLF treasurer and helping with the festival’s website. Last year she also joined her mother on the dance committee.

“Mary Steele was the past queens chairman and then she handed it over to me. I would help her some and that’s how I got started, that was my segue to getting involved with the festival,” she said. “In 20017 and 2019 my kids were able to be in it. Kaelyn got to carry the crown in 2017 and Kenton got to carry the pillow in 2019. Those are special moments for me because I know what it’s like to be the queen walking down and having those two little kids in front of you. It was neat for my kids to get to do that.”

With the festival cancelled this year, Kristy said it doesn’t really feel like May to her. She said it feels like it’s still April and we’re just waiting for the festival to get here.

“It just doesn’t feel right. I’m sure on Saturday I’ll probably cry a little bit. I’m going to be a little heartbroken but I think they made the right decision. Many of our supporters are from out of town and some of them are in that vulnerable stage. We just did not want to put anybody in jeopardy,” she said. I’m usually busy, busy, busy during this time. Even though we’re all fussing and trying to figure out who’s doing what and how everything is going to get done, the festival committees all come together and make it happen.

“You get aggravated, but at the same time it’s just the most rewarding thing to attend and be part of and see these strangers come in and us show them a great time. It’s our chance to show them what Pineville hospitality means.”

Kristy know just how special it is to be crowned KMLF queen and you can be sure she’ll back next year making sure all of the past queens continue to be celebrated.

“It’s opened up a lot of opportunities for me even in my career. People remember you as the little girl who won the Mountain Laurel,” she said. “As I’ve worked through this and been on different committees I’ve tried my best to make sure that our queens are celebrated when they come back. “

Rep. Booker trying to win election ‘from the kitchen table’