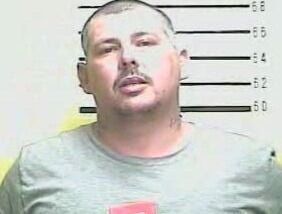 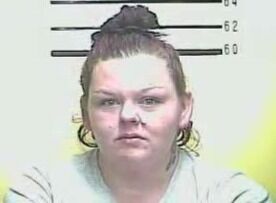 On Saturday, March 27, 2021, at approximately 3:17 pm Bell County K-9 Deputy Adam Southern was dispatched to a Mary Street residence in reference to a prowler complaint.

Upon arrival at the residence, Deputy Southern came in contact with 27-year-old Rebecca Erin Williams of Pineville.  Williams stated that “100 people” were standing in her back yard attempting to break into her house that crawled through a hole in her fence, although no one was there.

After observing William’s behavior Deputy Southern determined she was extremely intoxicated.  This caused her to hallucinate creating a dangerous environment for her children inside the residence with another individual identified as 39-year-old Christopher Thomas Allen also of Pineville displaying the same behavior.

Deputy Southern states the children were in close proximity to a hatchet, chemicals, and other objects and substances that could cause serious injury or death, adding that neither Williams nor Allen was in the appropriate state of mind to effectively care for the children.

Both Rebecca Williams and Christopher Allen were arrested and lodged in the Bell County Detention Center charged with Criminal Abuse – 2nd degree – child 12 or under.  Williams was additionally charged with public intoxication – controlled substance.