Skip to main content
You have permission to edit this article.
Edit
Subscribe
Our Publications
Home
News
Sports
Opinion
Digital
Classifieds
Advertise with Us!
e-Edition
1 of 2 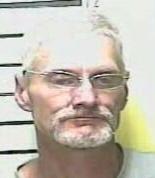 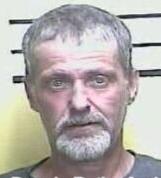 On Monday afternoon June 6, 2022 at 4:13pm, Bell County Dispatch received a call from AT&T regarding their staff that had been GPS tracking a freshly cut phone line on Old Pineville Pike.  Due to the tracking technology, the staff was able to view the suspects on a live map as they were moving with the wire inside their vehicle.

Responding to the incident was K-9 Sgt. Adam Southern who began receiving updates from AT&T via Bell County Dispatch while in route to intercept the suspects.

The last update determined that the suspects had traveled on Highway 119 then on to Bird Branch Road, where the GPS stopped moving at 192 Bird Branch.  Sgt. Southern arrived moments later observing both subjects, later identified as 46-year-old Robert Craig Smith of Middlesboro and 49-year-old Donnie Ray Rutherford of Pineville, standing beside a 1999 Gold Jeep Wrangler with the rear hatch open.

Behind the vehicle laying on the ground was a large bundle of freshly cut phone line.

When asked about the wire by Sgt. Southern, Smith claimed that while he and Rutherford were cutting tree bark, they stumbled upon the wire laying on the ground decided to take it home for scrap. Both men were placed under arrest and transported to the Bell County Detention Center for booking.  Robert Craig Smith and Donnie Ray Rutherford have been charged with receiving stolen property under $10,000.

This Fourth of July, Remember: Buzzed Driving is Drunk Driving